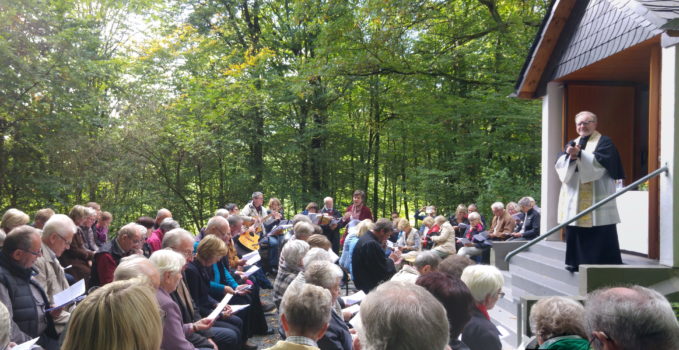 During a “500 years of the Reformation” commemoration, the entire Arnsberg parish council and Schoenstatt Family invited everyone to an ecumenical prayer service to the Blessed Mother, in the little Wintrop chapel, on Saturday, 1 October 2017, at 4:00 pm, along with the pastor, Fr. Johannes Böhnke, and Pastor Hubertus Böttcher.

Spontaneously, Auxiliary Bishop Hubert Berebriner, who had been on a confirmation trip at that time, also attended. Mrs. Ritt-Appelhans was in charge of the musical accompaniment with her guitar and a group of flautists.

About seventy people attended this impressive moment of prayer to the Blessed Mother in Little Wintrop Chapel beneath a radiant blue sky.

The “Little Chapel of Wintrop”

The “Little Chapel of Wintrop” goes back to a picture of the Mother Thrice Admirable of Schoenstatt that the Schoenstatt Youth placed in a “little holy house” in 1938; shortly afterwards, World War II began. The wayside shrine became a spiritual home and refuge. More and more this small wayside shrine gave “peace” to many people– a place one could breathe during the challenges of those times.  All the concerns, as well as all the strength of the young people, were confidently placed in the Blessed Mother’s hands.

In gratitude for her help during the war years and for the end of the war, twenty-three girls from the Schoenstatt Girls’ Youth built the wayside shrine for this chapel on 14 May 1945, just six days after the end of the war and with the Tillmann Family’s permission that owned the grounds.

Gathering stones, wood, and everything needed for the construction in small wheelbarrows was a necessity. The young girls also worked on the spiritual meaning of this construction. All the events and celebration, everything that was experienced, the desires and petitions, the joys and the pain was attached to the Wintrop chapel. The group motto was: To live in, with and through the little chapel.

The chapel was ready in winter, and the Superior, Fr. Dr. Theodor Legge, blessed it on 2 February 1946 (The Feast of the Presentation of Jesus in the Temple). The chapel brought blessings for Arnsberg and the Diocese of Paderborn. The priest called it “A place of graces for our city of Arnsberg,” and he wanted many people to go on pilgrimage to the Mother of the Forest and the Queen of the City.

A legacy of peace and life

Since that time, the Blessed Mother’s chapel has been a place of retreat, silence, peace, prayer, and of blessing for many hikers, passers-by, and pilgrims. During the last years, the chapel has also become a wedding venue and baptismal site for some people. 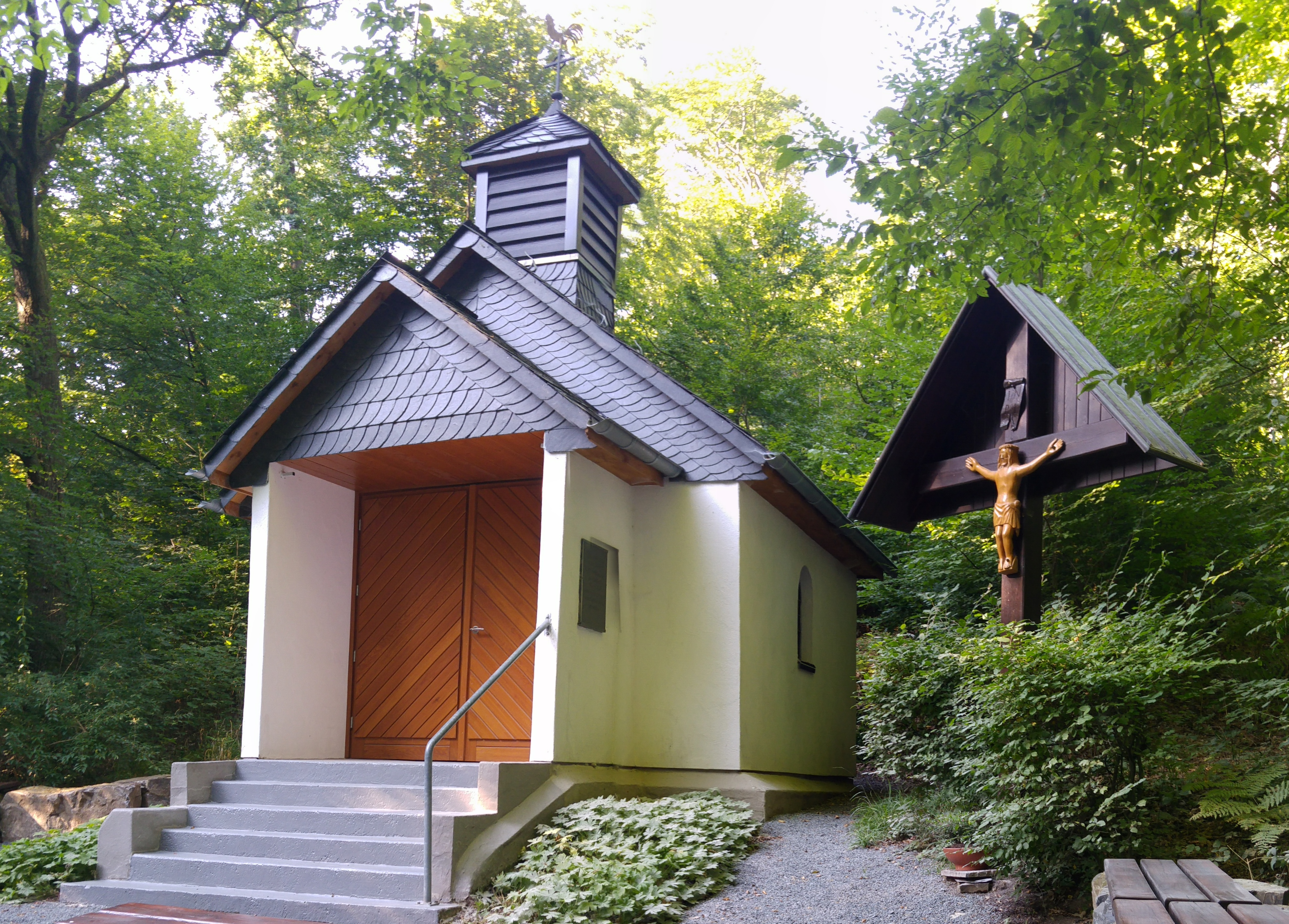 More information about the “Little Chapel of Wintrop” (in German)