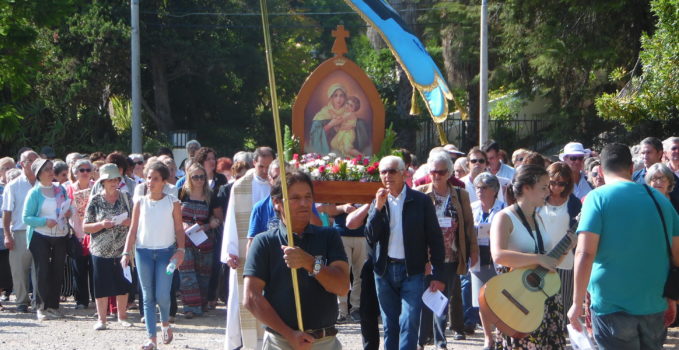 Pilgrimage of parishes – a heavenly time

On an afternoon filled with faith and of joy, the pilgrimage of parishes to the Lisbon Shrine was held at the end of September. A happy event to be sharing that this “Pilgrim Mother Mail” will attempt to transmit.

Mary welcomed the missionaries to her shrine, and she took the capital of grace to her Son. Filled with faith, the missionaries renewed their giving of self in the consecration to the Blessed Mother. 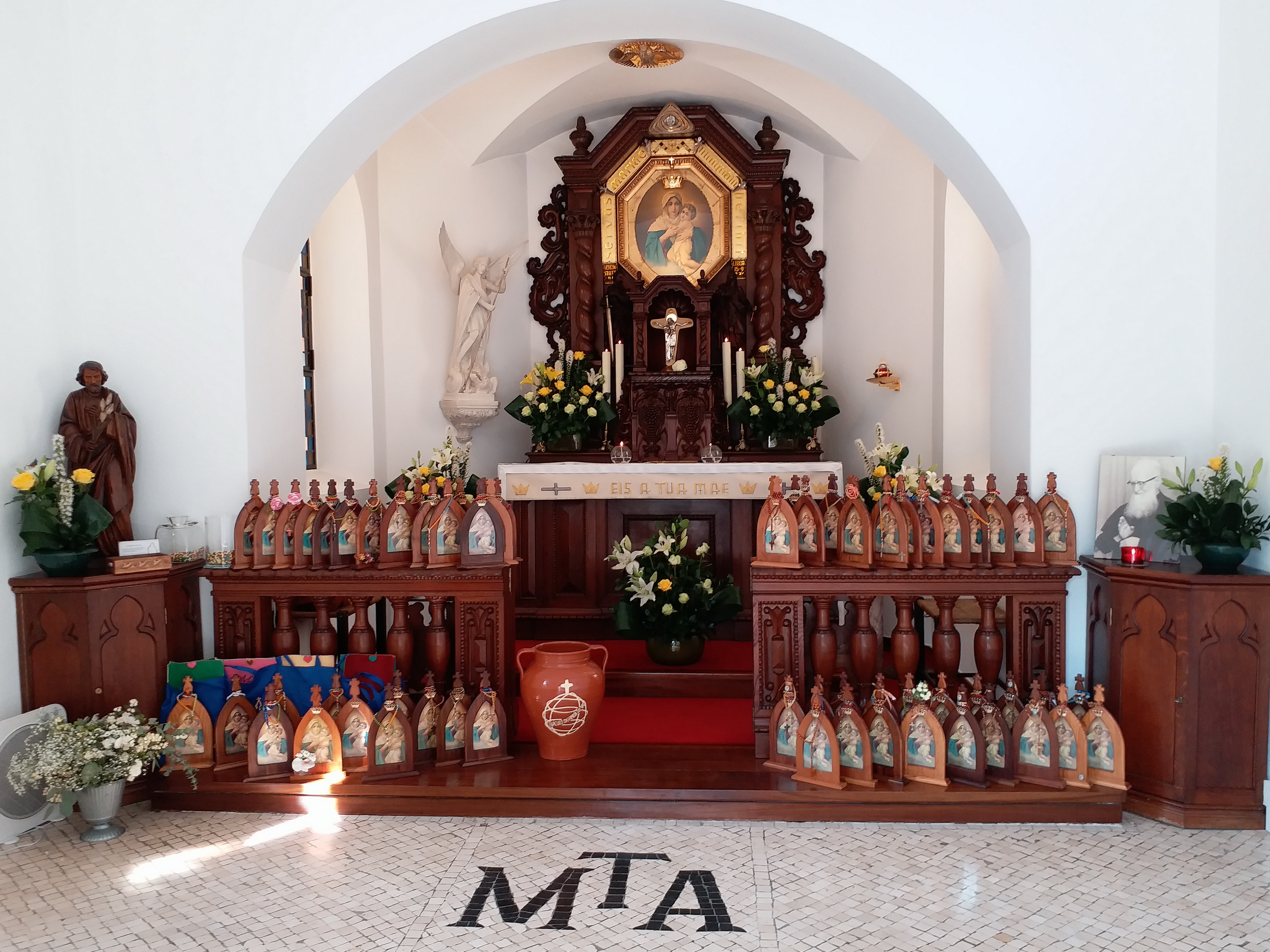 Heavenwards– a rosary and a visit

The pilgrimage of the parishes was held on September 23; it was also the day for missionaries who receive the Pilgrim Mother to visit the Shrine of Our Lady of Schoenstatt in Restelo.

Before the arrival of the parishes, preparations were made: sales, balloons, flowers, the platform, choirs…

Music welcomed the groups and accompanied them to the shrine where they offered their capital of grace symbolized by a bouquet of flowers. In an atmosphere of prayer, they presented themselves in front of the Blessed Mother so that she would shelter them beneath her mantle.

Then the ceremony began in the plaza near the shrine, with a platform filled with capital of grace.

They prayed a rosary formed with balloons as they meditated on the Joyous Mysteries.  The joy “increased” as well as an atmosphere of faith and prayer. The rosary was completed with the fifth mystery prayed at the door of the shine, and then it was released up toward heaven.

After a short break, the sharing among the missionaries allowed for an exchange of experiences and…for snacks.

There was time for shopping and of course, to admire the rosary that the group from Cartaxo made with capital of grace throughout the celebrations of the Fatima centenary.

Before the celebration of Holy Mass, we heard three testimonies. It was a time for an apostle, two catechists, and two coordinators to share with the missionaries about the graces of transformation that the Pilgrim Mother took to homes, people, parishes and even work places that she visited.

This afternoon celebration ended with joyful, faith-filled, souls, and a renewal of the missionary commitment with the consecration to our beloved Mother Thrice Admirable. 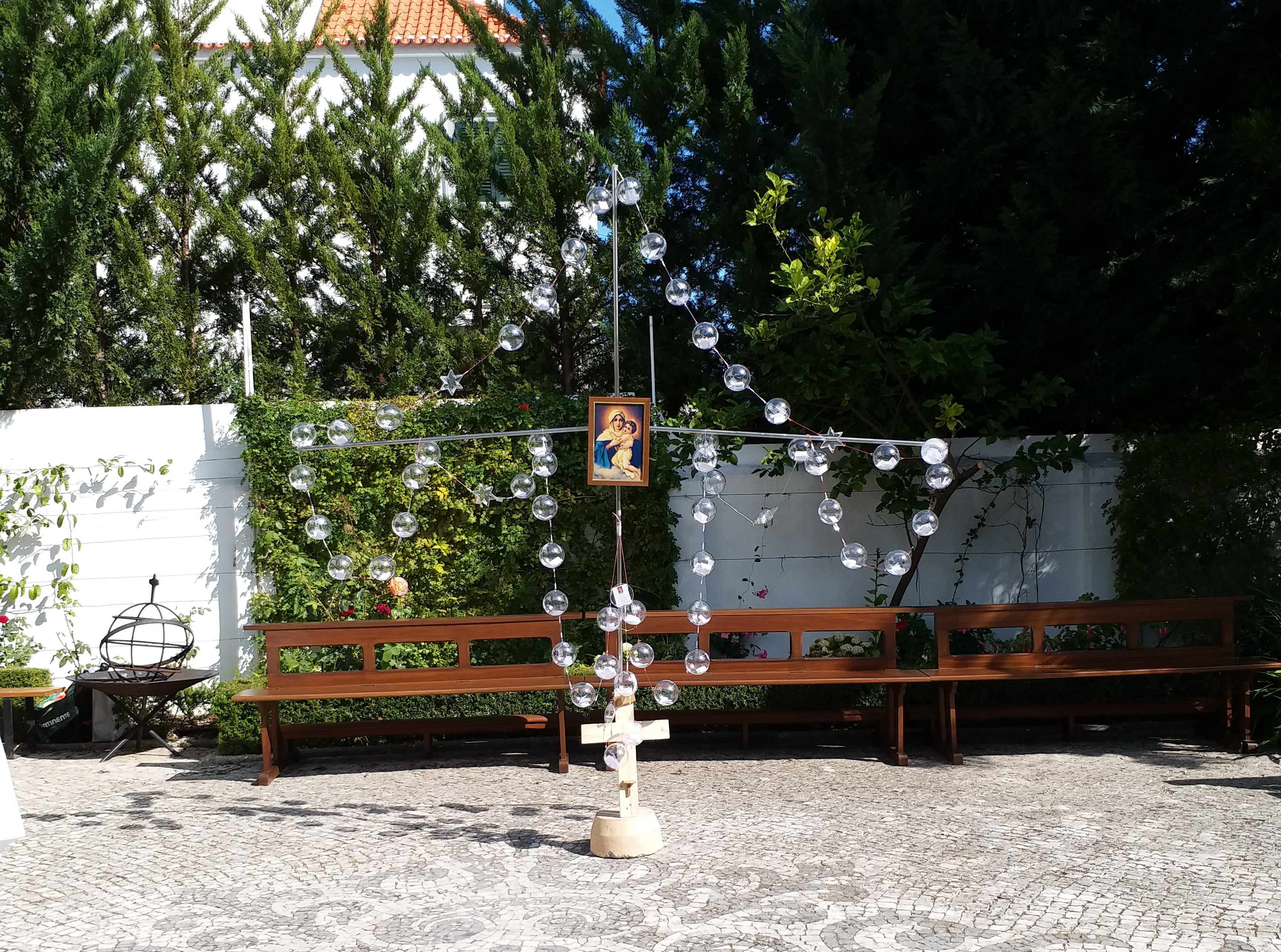 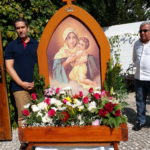 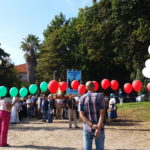 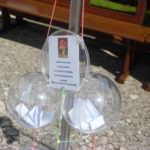