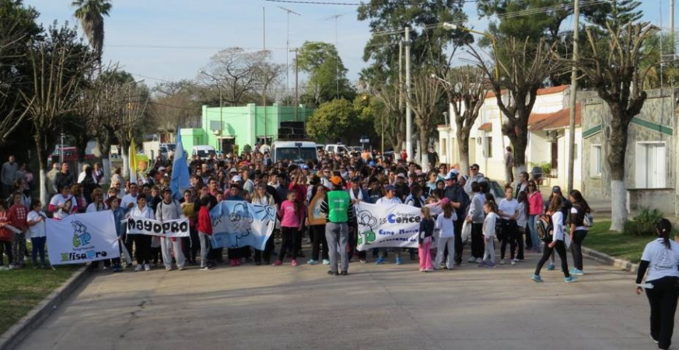 Pilgrims joined together under Mary’s mantle

Hundreds of pilgrims met once again at the feet of Our Lady of Schoenstatt Wayside Shrine in Pronunciamiento, a province of Entre Rios, on Saturday, 22 July, after carrying out the “ConcePro” Pilgrimage.

In their thirteenth edition, this manifestation of faith had the motto: “With Mary and Joseph, artisans of Peace.”  It was held uniting the wayside shrines dedicated to the Blessed Mother of Concepción del Uruguay, San Justo, Caseros and Villa Elisa, and joining the communities of San Cipriano and Primero de Mayo, a distance of between 25 and 28 km.

After a prayer in front of the picture in the Plaza Urquiza, in Concepción del Uruguay, they began traveling the 40 kilometers with the Auxiliary of Costa del Uruguay leading them accompanied by support vehicles, collaborators, and priests.

Upon arriving in San Justo, the local community had prepared some surprises that comforted the pilgrims, who had traveled more than half of the route.

Children, adolescents, and adults who went on pilgrimage to the feet of the Heavenly Mother experienced a beautiful gathering that was presented as Capital of Grace.

Pastor, Fr. Mariano Maio, celebrated Mass with Fr. Emanuel Escobar and Fr. Emauel Tournour con-celebrating. The Bishop of the Diocese of Gualeguaychú, Héctor Zordan, who was delayed by something unexpected on the trip, arrived at this place for the first time, to accompany them with words of encouragement and to give the final blessing. 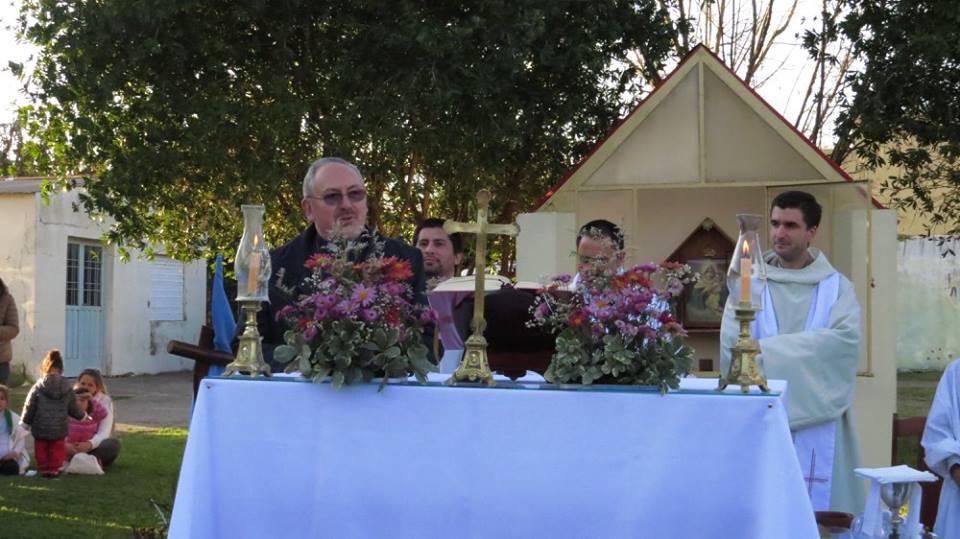 Walking for the first time

This year, Schoenstatt Movement missionaries, from Villa Elisa, Diocese of Concordia, wanted to join the pilgrimage and they organized the departure from their wayside shrine of the Blessed Mother.

Upon passing through the area of Primero de Mayo, the pilgrims from there also joined the column of ElisaPro, with a hundred arriving at Pronunciamiento.

Therefore the Diocese of Gualeguaychú communities were not the only ones participating in this edition of the ConcePro, but others from the Diocese of Concordia joined them as well. All of them were united with the same motto and with the goal of presenting every step to the Blessed Mother. 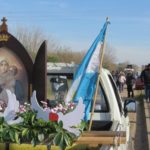 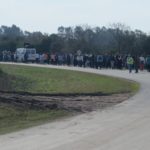 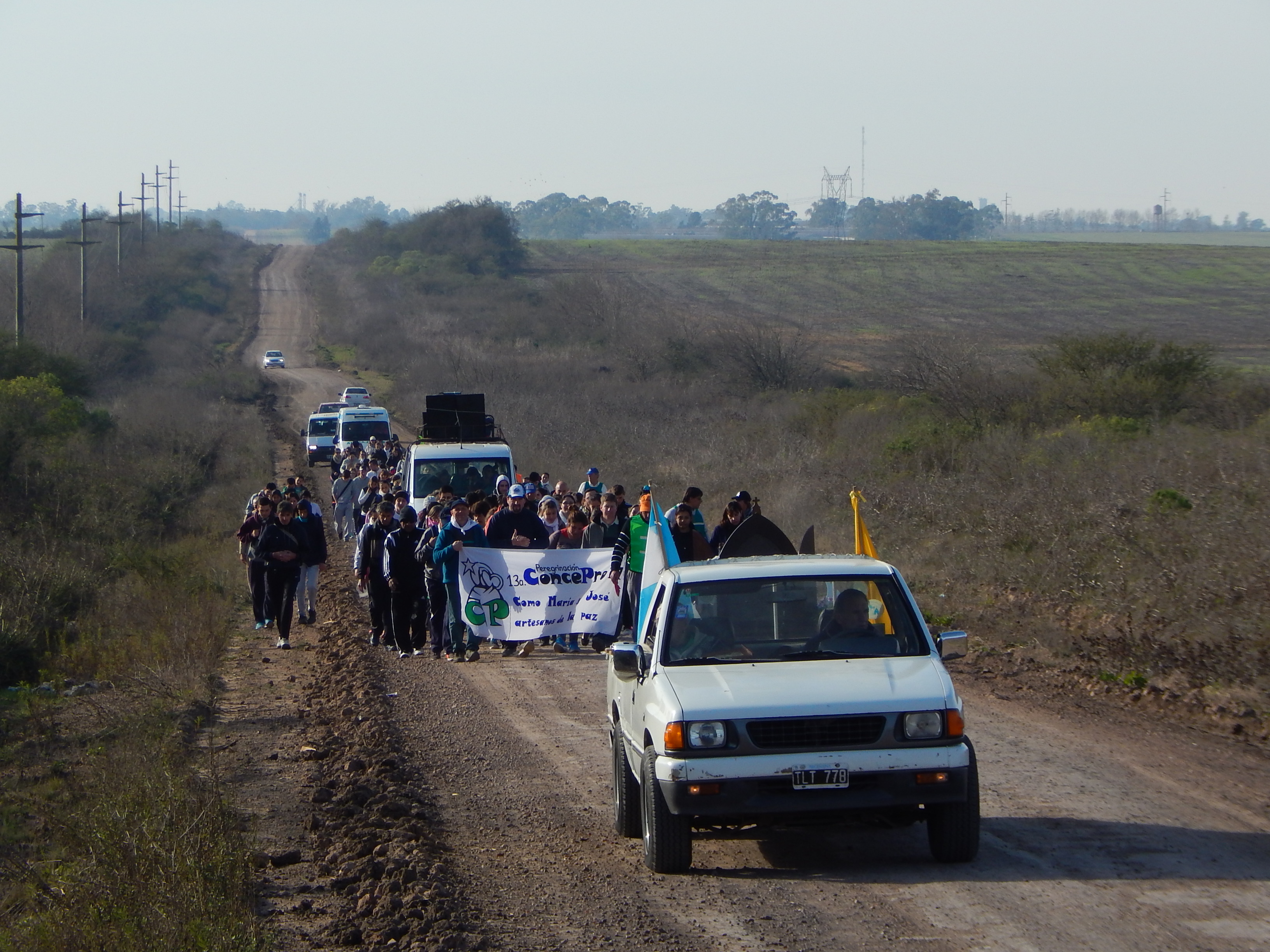 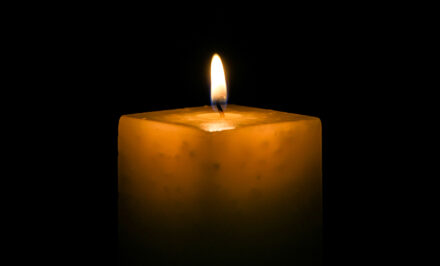