8 July 2017 an important day for the Roman Girls’ youth, this date was when the final meeting/retreat of a program was held, which was started in November when we gathered together as a group. Despite commitments stemming from study and work, the girls found a way and time to organize themselves to dedicate one last day to the Lord, the Blessed Mother and themselves before summer break.

The day began at 9.00am, the program envisaged an initial prayer time in Cor Ecclesiae Shrine first, and then beginning the actual activity and reflection scheduled for the retreat.

Our Mother, however, did not allow us to wait, and the first gift was given to us in the very first moments: in the expectation of being gathered all together, we who were already present took the opportunity to go to the Shrine along with our guide, Sr. Julia, with the intention of making a first brief silent and personal recollection. What actually happened turned out to be much more; once inside the Shrine under the Blessed Mother’s gaze, despite some shyness and reticence that can often lead us to be closed off even to people close to us, we experienced an unexpected and important sharing time. It was just a short time altogether, however in a totally spontaneous way at that exact moment, we felt in that safe place, which is a part of our home, that we could abandon our defenses and open up, verbally sharing some personal experiences  we experienced this year, experiences and emotions that had so far remained hidden or almost so. Mary had already begun her work by opening the seemingly closed hearts and infusing the certainty ever more in us that behind every event of our life God the Father is there!

Once we had concluded this short but powerful moment and with all the girls present, the retreat officially started.

We offered the Blessed Mother our intentions, the intentions of people we care about, and we prayed intensely for our group, for the future of the Italian Girls’ Youth and for the entire Schoenstatt Movement.

Having gone back to the room where we held all the meetings this year, we resumed the theme of this year’s journey: the personal ideal. It has been a long, fun, sometimes complicated, journey that has led to aspects of ourselves that we did not even know we had, the attitudes and ambitions hidden and that only emerged with an in-depth investigation. At the end of our personal meditation, we had a chance to confront these, and some of us finally found their personal ideal, others had it in their hearts. They only had to work on it better, and others, while on the right track, still had no ‘light bulb moment’ they were looking for, but every soul has its own time. The morning, though very intense, sped by in a moment and lunchtime was approaching. Making use of the huge garden surrounding the Shrine, we ate in the shade of a tree, and even on this occasion, where we were all present, there was an intense desire to share personal stories and ask for opinions and tips. It was exciting to see how the Girls’ Youth, born as a group of girls united by one faith, had now become a group of friends.

After the convivial moment, and full stomachs, we got to focus on the Girls’ Youth activity, evaluating everything we had done, and all we could do. We also highlighted the group’s strengths without sparing some constructive criticism. We came out with a lot of ideas from each person, and we look forward putting them into practice when we resume in September. 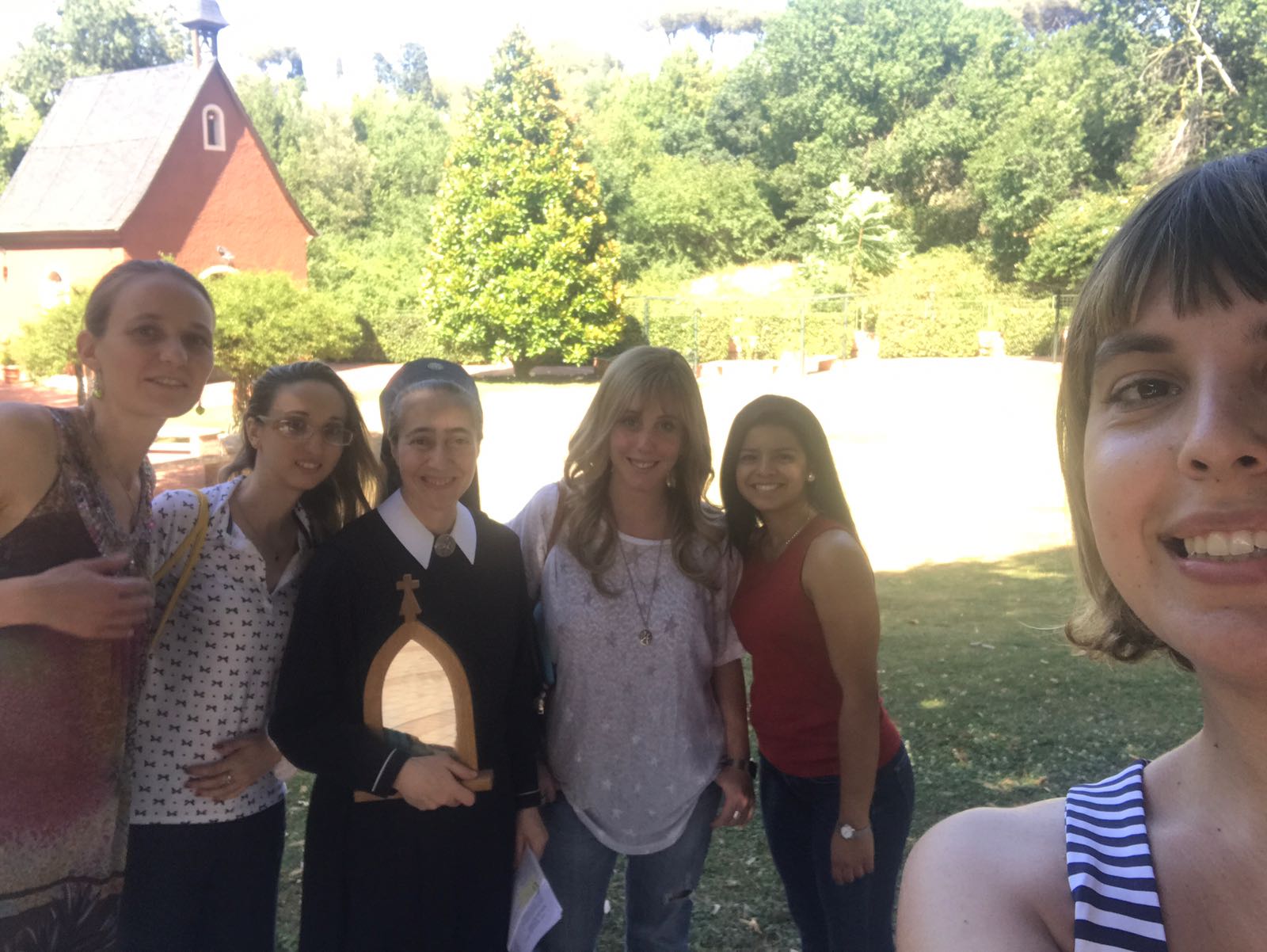 The Pilgrim Mother and Girls’ visit some dear friends

When 17.00 had arrived, we returned to the Shrine to offer Mary our day, and after a song and final prayer, we all went to a rest home run by the “Little Sisters of the Poor.” It seemed to us the best way not only to conclude the meeting/retreat, but also the best way to finish out the whole year.

At this facility, that we already knew, and had visited the elderly at the end of May, with the promise we would be back in their company, to chat, give a hug or a smile, and since, as it is said in Rome, every promise is a debt, here we were again! The elderly were enthusiastic about seeing us and telling us how, getting the Blessed Mother we had “lent” them, they had felt less lonely.

We prayed the rosary, asking them to lead us. How enthusiastically they participated! After that they offered us snacks, which we gladly accepted and finally gave them a picture of the Pilgrim Mother, as promised at our first meeting, entrusting to Sr. Anna, of the Little Sisters of the Poor, the task of rotating the MTA picture in turn in the rooms of each of the nursing home’s elderly guests. But the surprises were not over yet, the Girls’ Youth decided to further spread the Mary’s light by giving each of the elders a small image of the Blessed Mother in order to always experience the company and the loving presence of the MTA.

At this point, the day had come to an end and each of us had to come back to our home. We will carry with us the sincere smiles and the thanks, emotions experienced during personal meditation, sharing and praying, tiredness from the concentration, enthusiasm for having completed, or almost, the path to a personal ideal (knowing that this goal is only the beginning) and above all, the awareness that Girls’ Youth in Rome is a project destined to grow. 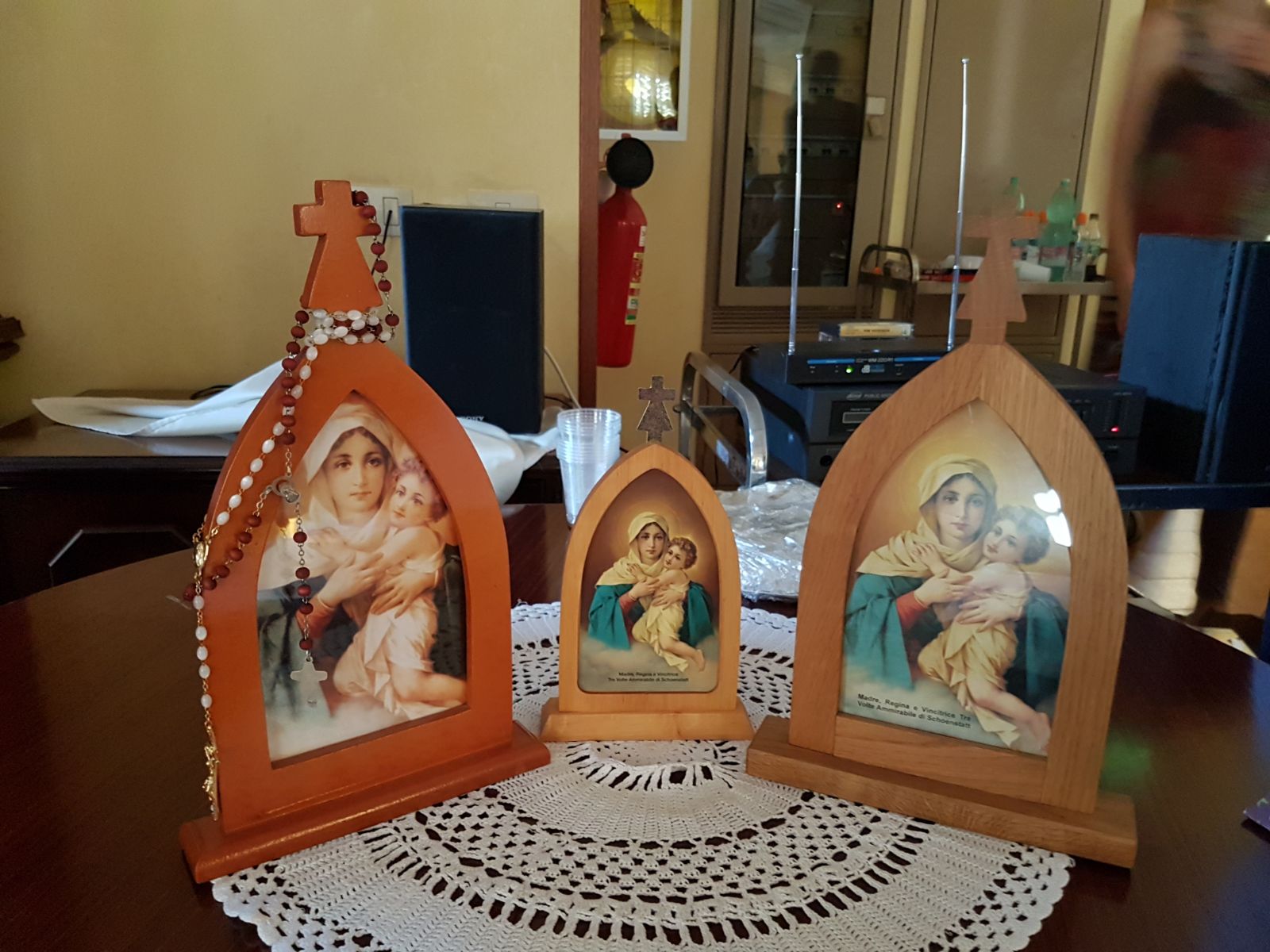 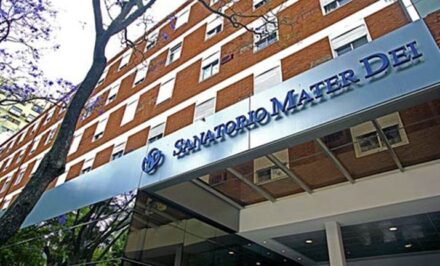 So that they do not die alone: the program of the Mater Dei Sanatorium in Buenos Aires