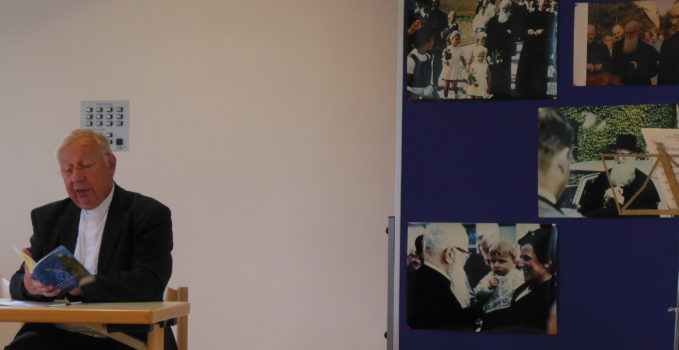 When Christianity touched the West and from there the World

On 3-4 September 2017 fifty years had passed since Fr Kentenich visited the Centre of the Schoenstatt Movement in the Archdiocese of Freiburg, Germany. It is called “Marienfried” and is situated in the little town of Oberkirch at the entrance to the Rench Valley. The motivation for this visit was because the Schoenstatt Family in the Archdiocese of Freiburg had developed its diocesan ideal. It has spent the past year preparing for this jubilee and is celebrating it in many ways: with a vigil for the youth on 17 June, a large celebration on 18 June, a study day of the Josef Kentenich Institute on 2 September and a celebration on 3 September attended by Auxiliary Bishop Michael Gerber.

Father Kentenich’s “West” has nothing to do with Pegida

On 2 September the Josef Kentenich Institute organised a special day of reflection on the talks given by Fr Kentenich in 1967. The president of the JKI, Fr Andreas Brüstle, acted as MC for this and the following day.

Dr Peter Wolf presented Fr Kentenich’s talk of 3.9.1967: Victoria Patris – Centring on God the Father. Our Founder encouraged his audience at that time and today to centre on the God of Life, and to look for him in their personal experiences in life and in that of the Schoenstatt Family. More precisely: Also in the experiences of the people of Oberkirch, and Freiburg. To a certain extent we have to put up a ladder on Schoenstatt’s history as in a cathedral where God is enthroned at the highest point. Also in the experiences of pain and suffering we need to learn to kiss the Father’s hands.

In preparation for the Jubilee Dr Wolf had published a transcription of the recording of this talk.

In her talk Dr Pollak explained how the concept “West” or “Occident” had arisen, and pointed out emphatically that the way Fr Kentenich used the word differed from that of Pegida, Patriotic Europeans Against the Islamisation of the Occident.

Fr Kentenich’s concern was the question whether God is close to the world, approachable and experienceable.  Fr Kentenich affirmed that this is so: God and the world work together as the First and secondary causes. This thinking is characteristic of the West. Our Founder drew the conclusion from this that the West had been commissioned to Christianise the world through an active belief in Divine Providence in a covenant with Mary. How can this be applied to life in a responsible way without creating a fundamental enmity with Islam? Only through dialogue from the standpoint of respect for the other person.

Many contributed to the celebration of the Jubilee on 3 September 2017.

Large numbers of the Schoenstatt Family who had prepared for the day throughout the previous year arrived. The contributions during the Matinee were framed by music. Two married couples related what Fr Kentenich meant to them as a couple and parents today. 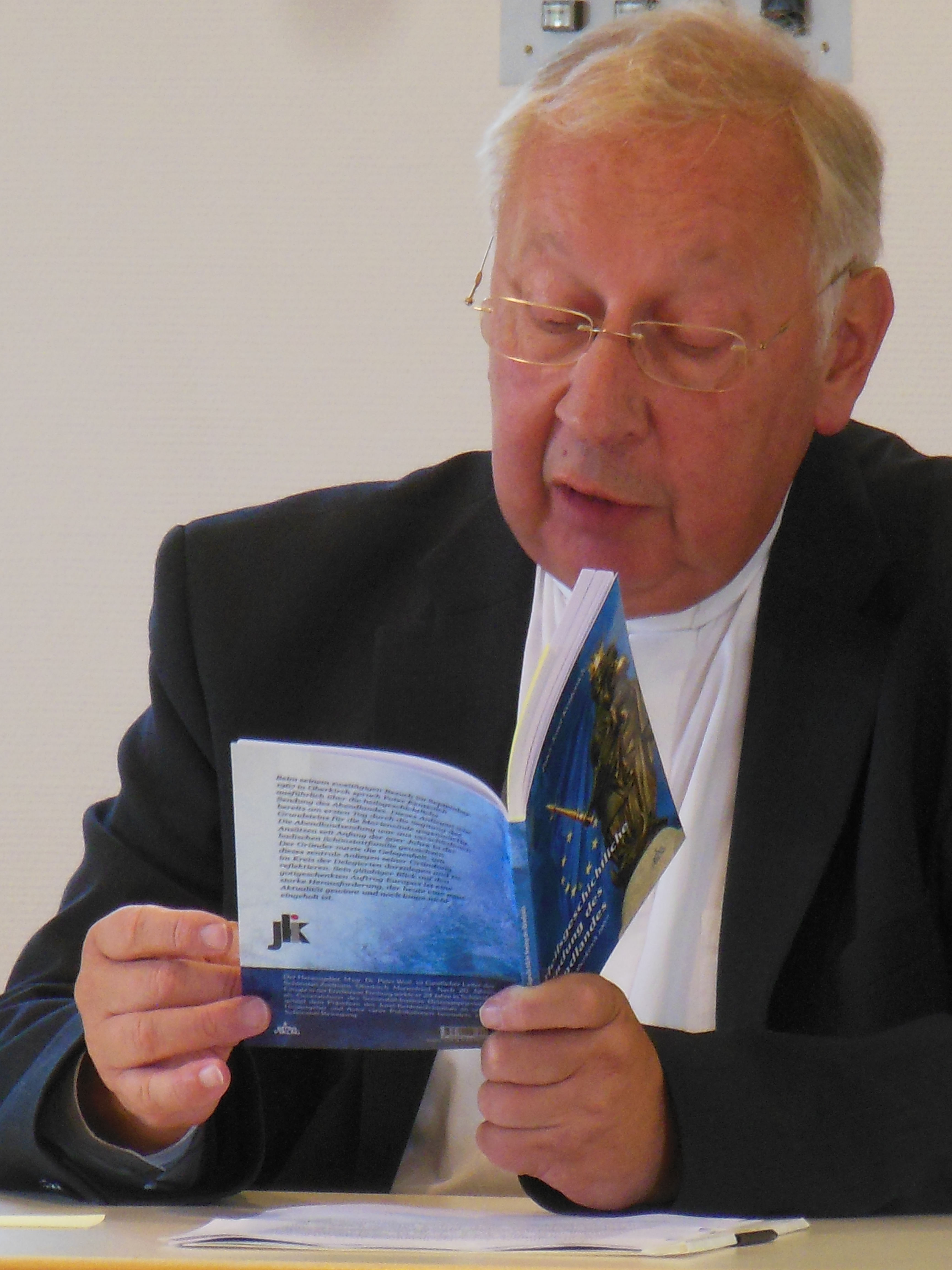 Dr Wolf then presented the transcript of the spoken words of the founder on 4.9.1967 in Oberkirch, which had been published with the title: The Mission of the Occident in Salvation History.

“In his talk on the structure of the Schoenstatt Movement it is clear that he was aiming at a large and well structured community. He passionately defended the right of the various formations to remain independent and free. He insisted on the freedom and responsibility of the individual communities, and had a very low opinion of rapid success allegedly achieved by tight central organisation”, Dr Wolf said. “He wanted those with responsibility to respect the independence of the other formations, and at the same time to cultivate an inner connection between them. He was convinced that only when the individual formations could move freely, and take responsibility for themselves, that independent life would be able to develop and an individually coloured lifestyle arise.”

In this he was not concerned with geography, but with the contact between Christianity and the thinking of the “Occident”. “Through its contact with the Greek philosophy of Aristotle, Christianity profited from a mindset that saw God in contact with the world. Fr Kentenich pointed to the route Aristotelian philosophy had taken via the Arabs to the universities of Europe, and thus to Thomas Aquinas. Thomas saw that God works through free secondary causes, a way of thinking taken up by Fr Kentenich who distinguished between the West’s commission to Christianise the world in a narrower sense, and its task in a wider sense to Christianise the world because of the original co-operation between God and the world, the First Cause and secondary causes. For Fr Kentenich this great mission is profoundly a Marian mission…”

Inspired by the publication of the interview with Dr Peter Wolf by schoenstatt.org, a Spanish edition of this and the book with the talks of 3 September is being prepared, and will be published by Nueva Patris in Chile.

During the closing Mass Auxiliary Bishop Dr Michael Gerber interpreted the situation from life: Just as we can see growth when we look out of the window, so we welcome among us a priest from Africa and a Sister of Mary from Japan. We were also in contact with North America through contacts with groups of pilgrims led by Dr Birkenmaier in Milwaukee. All these are signs of growth. For us not only what we are familiar with, but also the stranger and what is strange can be a trace of God. It is the task of the Josef Kentenich Institute for today and tomorrow to see and respond to this world in the sense of faith in Divine Providence, and with great breadth of vision and alertness.

The event closed with lunch. Finally the diocesan ideal, which can be found at the foot of the Marian Pillar above the Centre could be made known: Consecrated to the MTA / with our Father for the original mission of the Occident in salvation history.