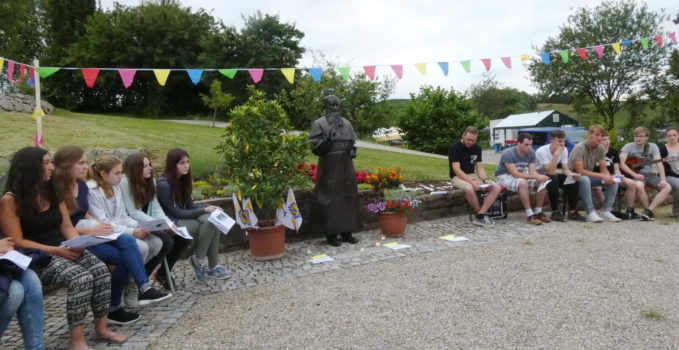 What, don’t you know Kentenich?

What, don’t you know Kentenich?  The saying comes from a question, a song line – a motto for the youth vigil in Oberkirch.  It is really understandable only in German, but the temptation to make it into a play of words has continued for decades.

A great festival was celebrated 50 years ago in Oberkirch on June 18 for the occasion of the visit of Father Joseph Kentenich in the Schoenstatt center “Marienfried.”

They too wanted to concern themselves with the Schoenstatt’s founder.  Hence the title “What, don’t you know Kentenich?”  For the welcoming party, everyone received a so-called Kentenich cocktail, and there were some sports and fun activities.  Afterwards the participants grilled out together. Altogether, almost 50 young people came together to celebrate. 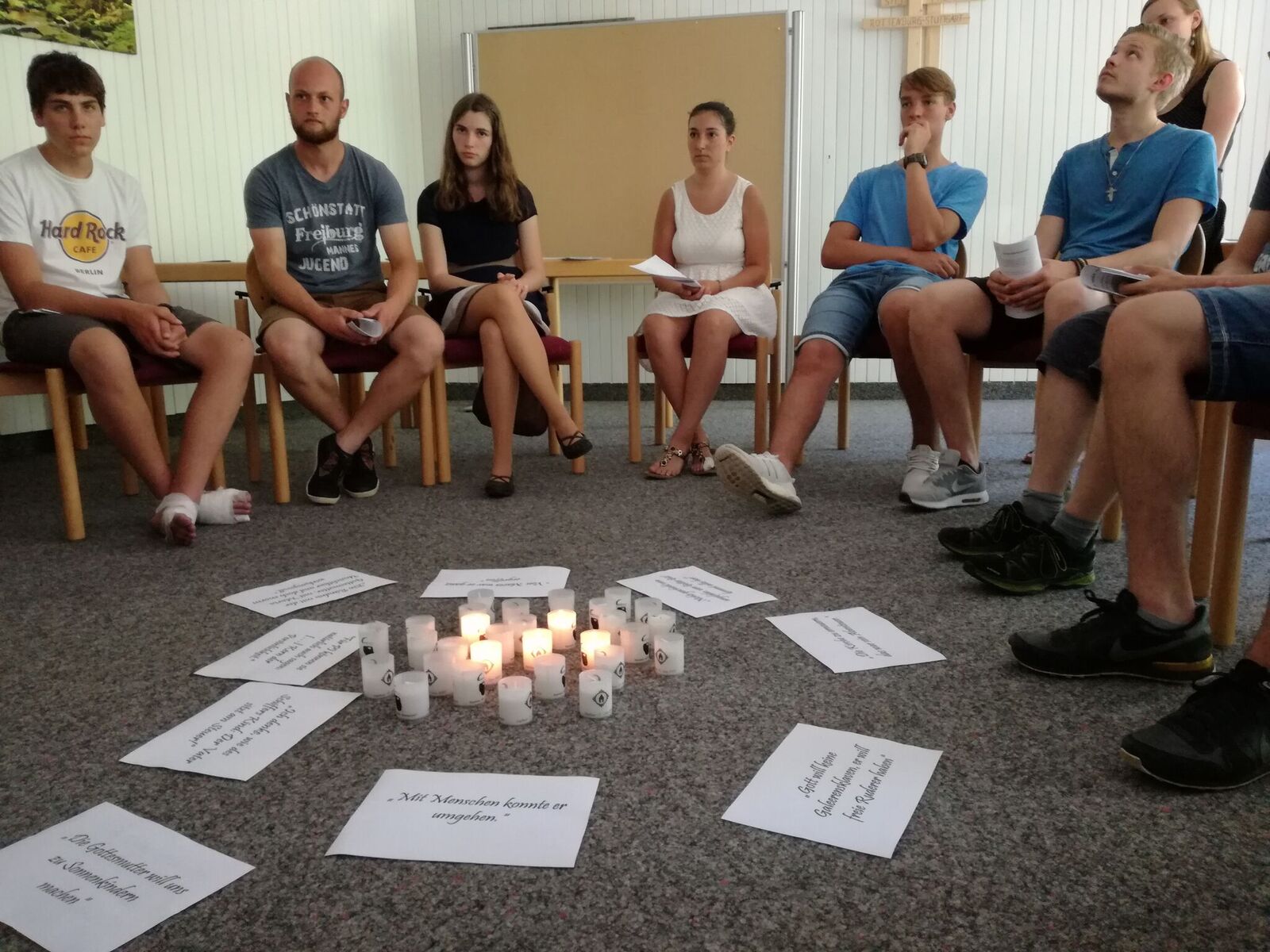 What kind of person was Kentenich?

The highlight of the event came after refreshments: the vigil celebration.  During the first part there was the possibility to get to know Father Kentenich again. Who was he as a person? What did he look like, what did he do and why is he so special?  Through a song, all the participants were able to learn something new about Father Joseph Kentenich in one way or another.

When Kentenich tells a story

In the next part, the young people – near the Kentenich statue – had the opportunity to hear how and what Kentenich had to say.  In the beginning, Kentenich told them about a story from 1967: “Though the storm howls, the wind blows, rains, and lightning flashes. I think like the mariner’s child: the father is at the helm”.  Everyone could then choose one of three themes: providence, personal ideal or the new person. In small groups and utilizing these themes, people worked more closely, sharpening their opinions, and learning about Father Kentenich thoughts on each topic. 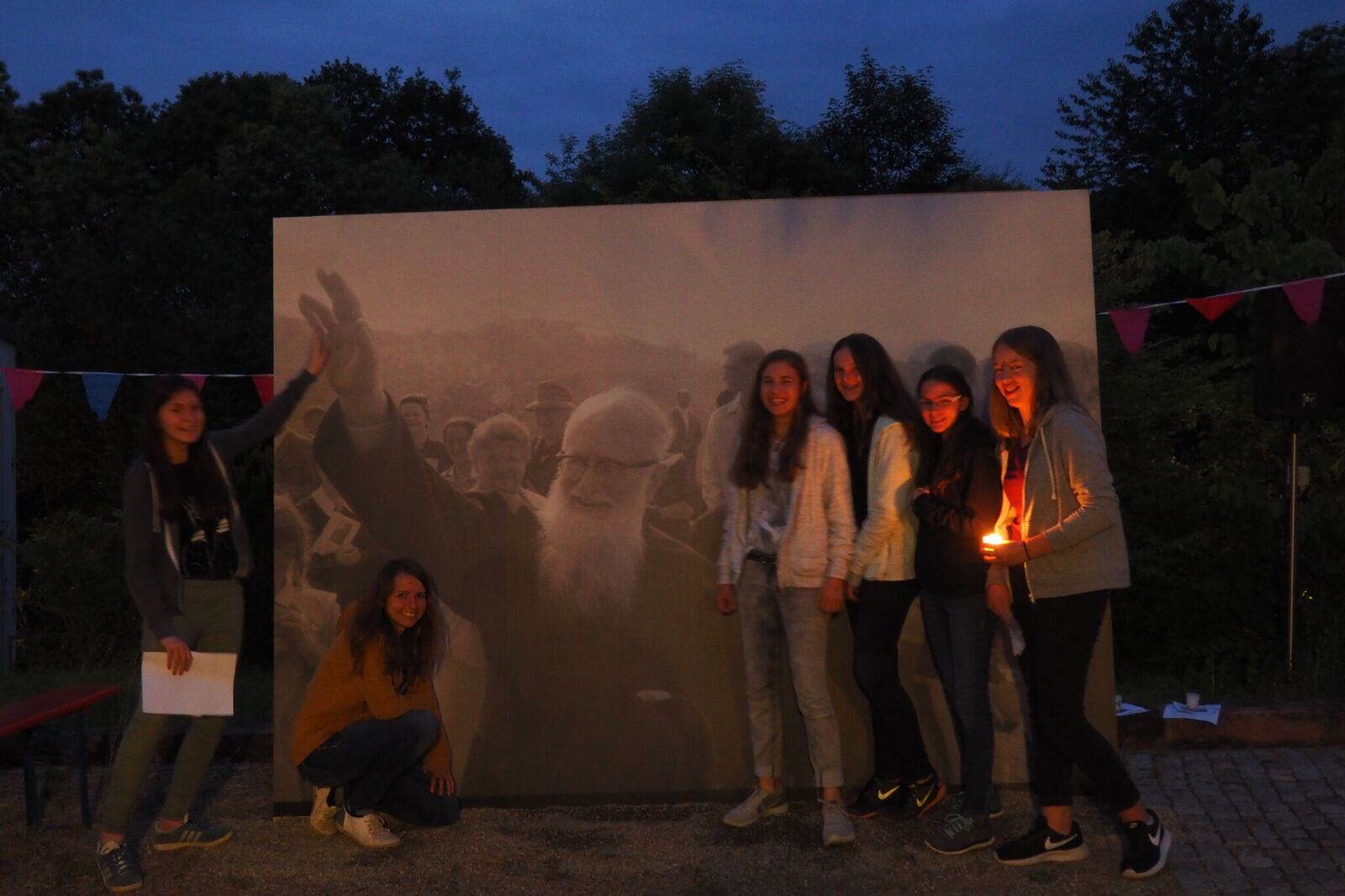 Living the covenant of love concretely

Afterwards there was the possibility to think about how to live the covenant of love concretely at the third station; how one can emulate Mary and become so-called “children of the sun.”  Fr. Kentenich used this saying or concept to illustrate that one should be clear in what they do and also radiate it out into the world.  Mary was such a person of the sun, who is exemplified in the covenant of love. At the conclusion of the ceremony, they entered the Shrine in silence, offering so-called Krugpost (notes with personal contributions to the Capital of Grace) and jointly renewing our covenant with God, the Mother of God and also among one other.

We ended the evening with talks and singing at the campfire.

After the service the next day, we had the honor of meeting Archbishop Stephan Burger personally. This impulse marked the end of the youth program and was completed with a blessing from the Archbishop.  With Mary as our mother, we are open to Kentenich’s task– to become children of the sun.  The Archbishop reinforced this with: “Keep up the good work.” 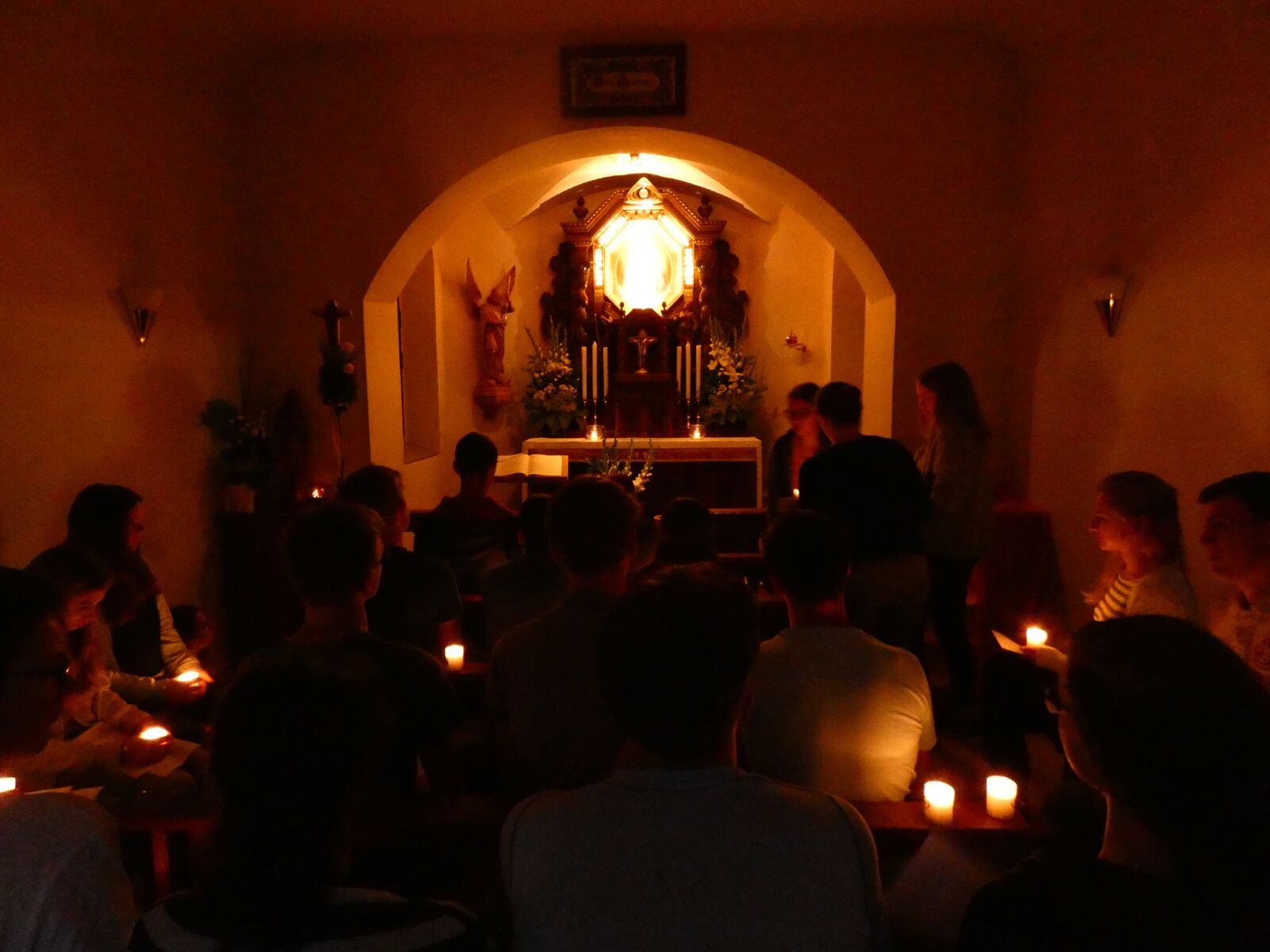