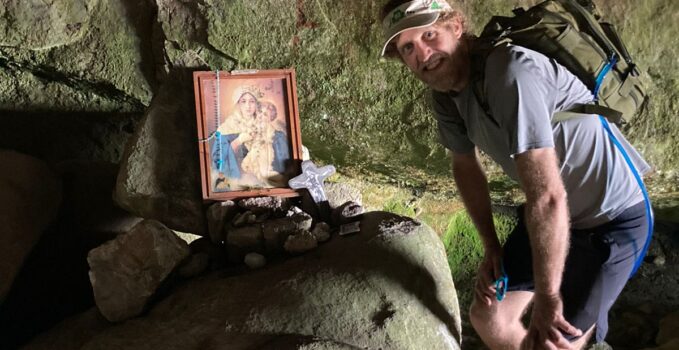 “Mom, look who I found… the Blessed Mother!”. The voice message “breathes” amazement and emotion. A young man, son of a Schoenstatter from Buenos Aires, who has known the Blessed Mother since he was born, was on a three-day excursion with some friends in the Sierra of Córdoba, specifically on the Cerro Champaquí, the highest peak in that province, with an altitude of 2790 m. They entered a cave and… there she was. — 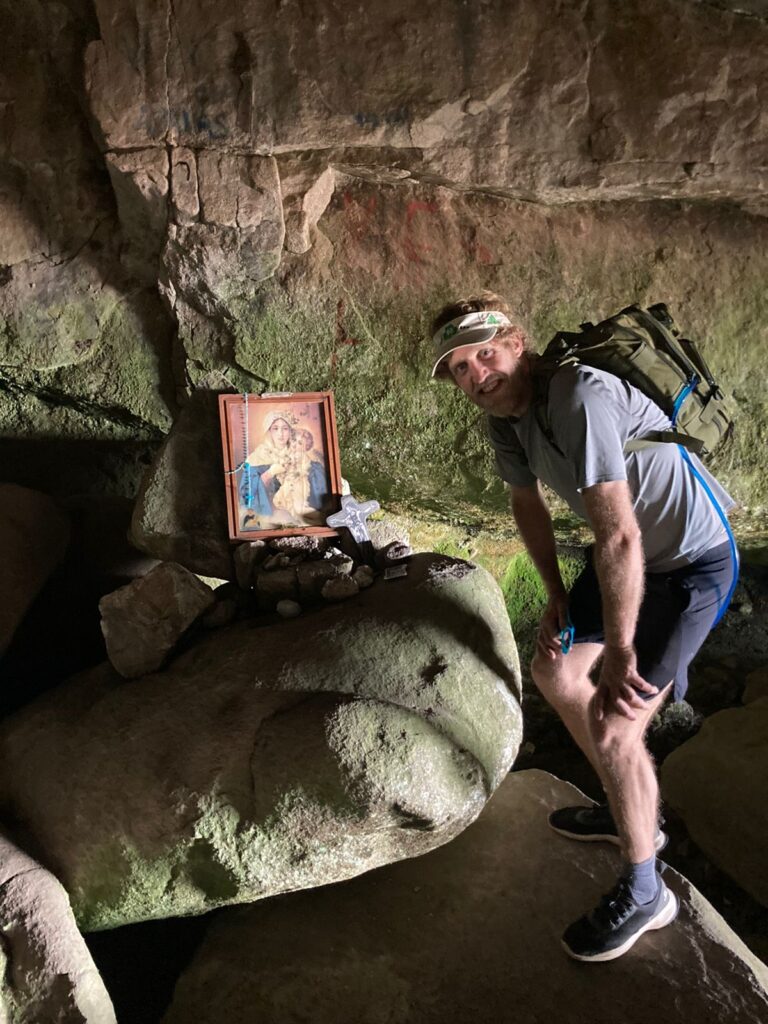 He sent some photos and a video to his mother, and everything reflected the astonishment and joy of the encounter… How could it be that she was there, at that height, in that cave?

“Mom, we were at the top, we went down another side of the hill, and suddenly, at about 2500 meters, there was a cave, we went in to investigate,” he says, “and I found something that I could not believe – an altar of the Blessed Mother!”.

What this young man found is a real wayside shrine – a crowned picture of the Mother Thrice Admirable of Schoenstatt, with a rosary, and a Unity Cross, placed on a rock.

“Really, awesome,” says another voicemail. “A cave in the middle of nowhere. We were in the middle of the mountain, about 2500 m above sea level, we went in to investigate and I found the Blessed Mother, impressive.”

Large and small. Nestled in mountain areas, in forests and valleys, in towns and cities and at the edge of the roads, the wayside shrines of the Mother Thrice Admirable and Queen Thrice Admirable who sows the Schoenstatt Rosary Campaign rise defying the inclemency of the weather, the winds, the snow, the heat, the cold, in different parts of the world.

Enormous is the diversity that gives them the popular creativity of the missionaries of the different nations where they are. However, there is something that is common to them. Something that unites them. They are all the fruit of the immense love of the heart of a restless Mother who wants to be close to all her children because she knows they need her.

Now we know one more, thanks to this young man.

Who left it in this cave? What is the story behind it?

When looking for some information about the region, about the Sierra Grande, we found the Blessed Mother again on the Cerro Champaquí – in a photo by Fernando López Anido, published on Wikipedia, in which we see what he calls “a sculpture” near the top of the Champaquí. It is a wooden cross, with the “INRI” plaque, and a myriad of rosaries hanging on the cross… and directly above the “INRI” plaque, a medal of the Blessed Mother. 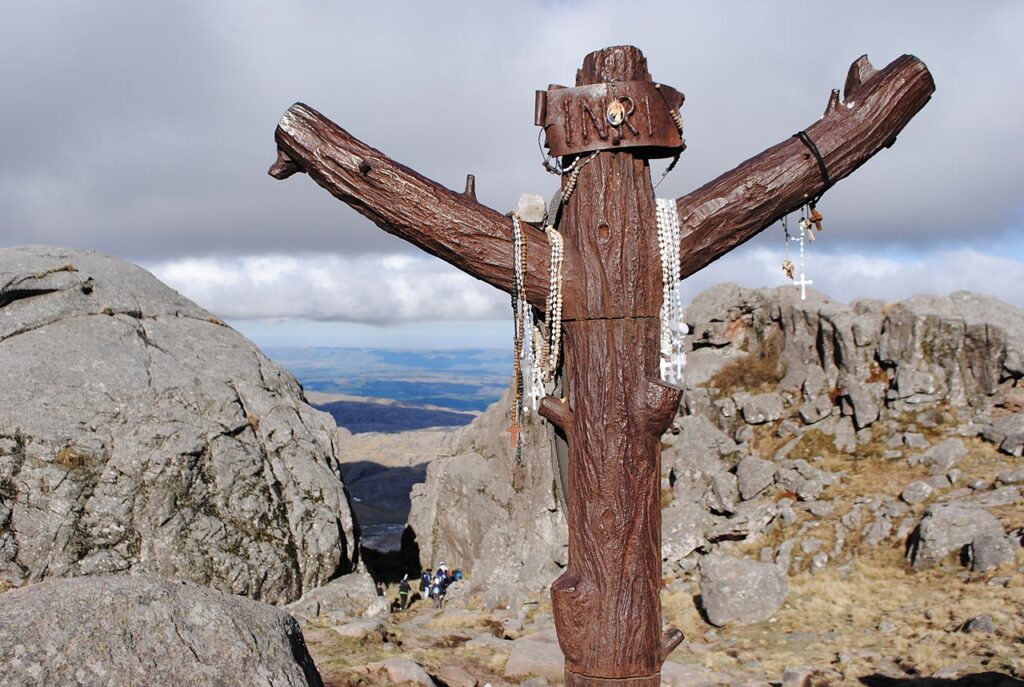 Cross with medal of the Blessed Mother near the top of Champaquí | Source: Wikipedia, Fernando López Anido

The Blessed Mother on the Champaquí, found by a young man who grew up under her gaze. A true story

What other real stories will we find in the Champaquí?

Among our readers, will we find someone who knows who erected this altar of the Blessed Mother in a cave in the middle of nowhere?