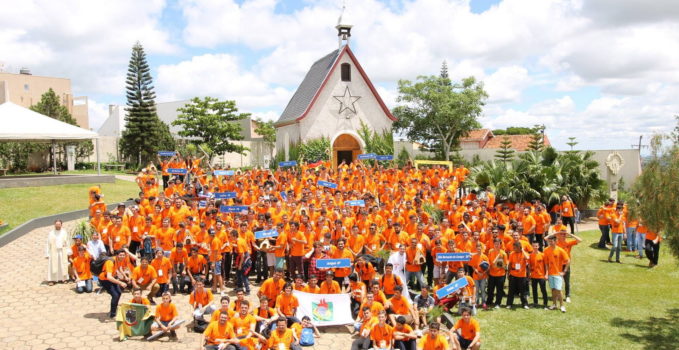 Jumas Brazil – Celebrating the Fire of Christ Tabor for 60 years

In Brazil the Schoenstatt Boys’ Youth celebrated its 60 years of founding with a National Gathering. The Paraná region welcomed 450 youths from allover Brazil to Cornélio Procópio close to Tabor Shrine of Loyalty and the Most Holy Trinity Church.

On Saturday, 12 November, the gathering was in the shrine. There in the official opening, the different Branches and regions were introduced with the Bishop of the Diocese welcoming them. The theme for the first day was Missionary Generation, where spurred by this current of life, we prepared for the first spiritual moment, where the southeastern region organized an event inspired by the phrase: “Bearers of a great present-day.” 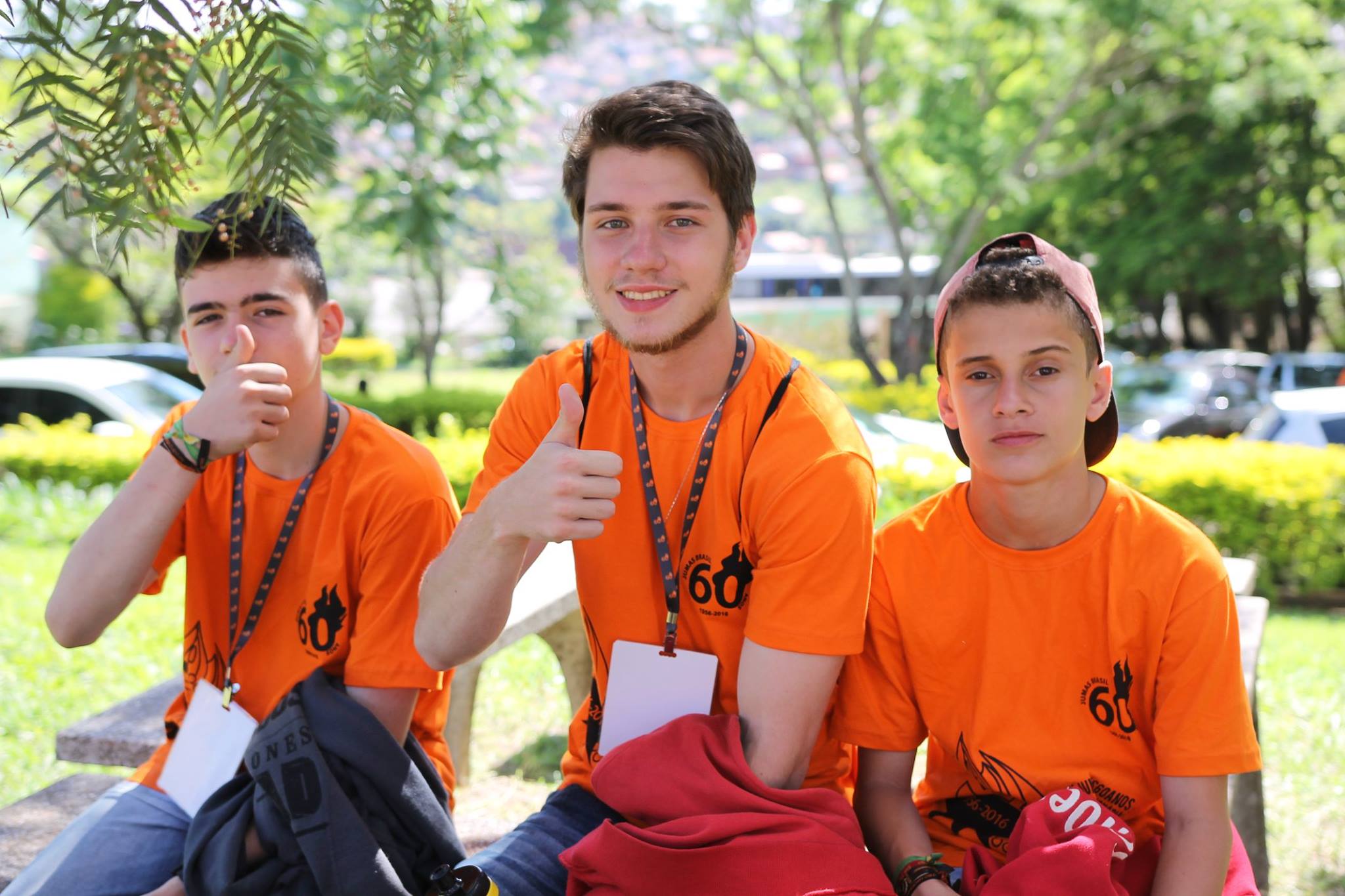 Heirs of a great past

On Sunday the 13th, motivated by the theme, All for the Queen, and inspired by the phrase, “Heirs of a great past,” Jumas Brazil showed historic videos, and they carried out group work to learn about the different cities that form a part of the Boys’ Youth. In the afternoon, there was time for reflection to ask “Why do we want to crown her?” After finishing the work and exchange, Jumas celebrated Holy Mass with the community in the Cathedral. They then celebrated their 60 years with a formal dinner, and they shared experiences with a generation that had participated in the national gathering of the 50th celebration of the youth.

After the dinner, they returned to the school where they had gathered, this time with hearts eager for the moment that all Jumas Brazil awaited: the crowning of the Heroic Pilgrim Mother. To crown the Mother of God with a crown of fire is an idea that only JUMAS could conceive.  However the fire that is in each heart, and the missionary zeal that we have in our hearts, is not just any fire– it is the FIRE OF CHRIST TABOR!

At the service of the Church and the world

On Monday, the 14th, we began the day willing and inspired by the theme “At the service of the Church and the world.” We went on pilgrimage to the Christ of the city, a monument made of bronze and twelve meters in height. Motivated by the phrase “Builders of a great future,” we worked as a team with the history of Schoenstatt and the present day world. In the afternoon, we had time to receive information about the future shrine at Caieiras/SP. Then Fr. Alexandre Awi led a motivational debate about Jumas reaching out, for service of the Church and of the world. Lucas Gallardo, our representative in the youth ministry of the Episcopal Conference, introduced the subject of Rota 300 (NR: an online course for youth within the context of most recent YouCat, a catechism of the Catholic Church for youths, with the subject of the Social Doctrine of the Church. The day ended with an event the Paraná region conducted, deepening the phrase that motivated us throughout the day, and we concluded with Adoration. 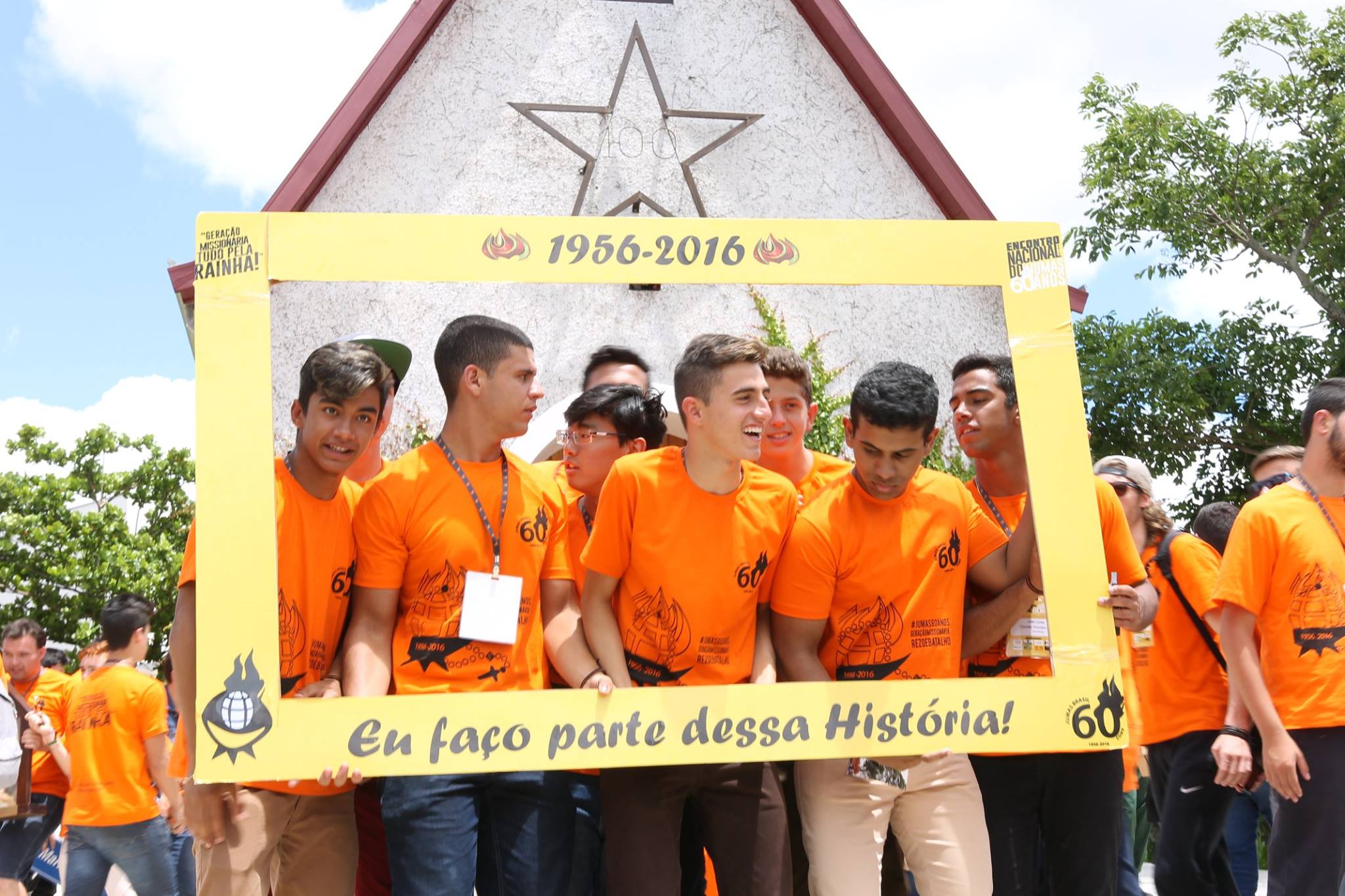 Toward the New Time

On 15 March, with the theme “Toward the New Time,” the leaders of every city gathered early for a forum, in which some important subjects for our youths were discussed, such as the celebration of the IX National Forum of Jumas Brazil in 2017, which will be held in Itaara/RS on 2-5 November.

At the end of the gathering, the entire Jumas Brazil gathered for the Closing Mass. In his homily, Fr. Alexandre Awi told us that the importance of Jumas Brazil is in being Christ. The Christ we carry in our ideal, the Christ that gives us the fire that is in our hearts, the fire is what elevates us to reach Christ to cultivate this fire, which is the Fire of Christ Tabor.

We also met the regional and national secretaries. Caio Raposo is the secretary for the Northeast, in the Southeast, it is Nikolas Garcia, in Paraná, Lucas Campana, in the South, Gustavo Marconato. The national secretaries are Robson Prado/PR (SecreArio) and Thales Correia/SP (Vice-secretary). There was also an exchange of symbols, where the Heroic Pilgrim Mother went to the South, the Crown to the Northeast, the Paten to the Southeast and the Chalice to Paraná. 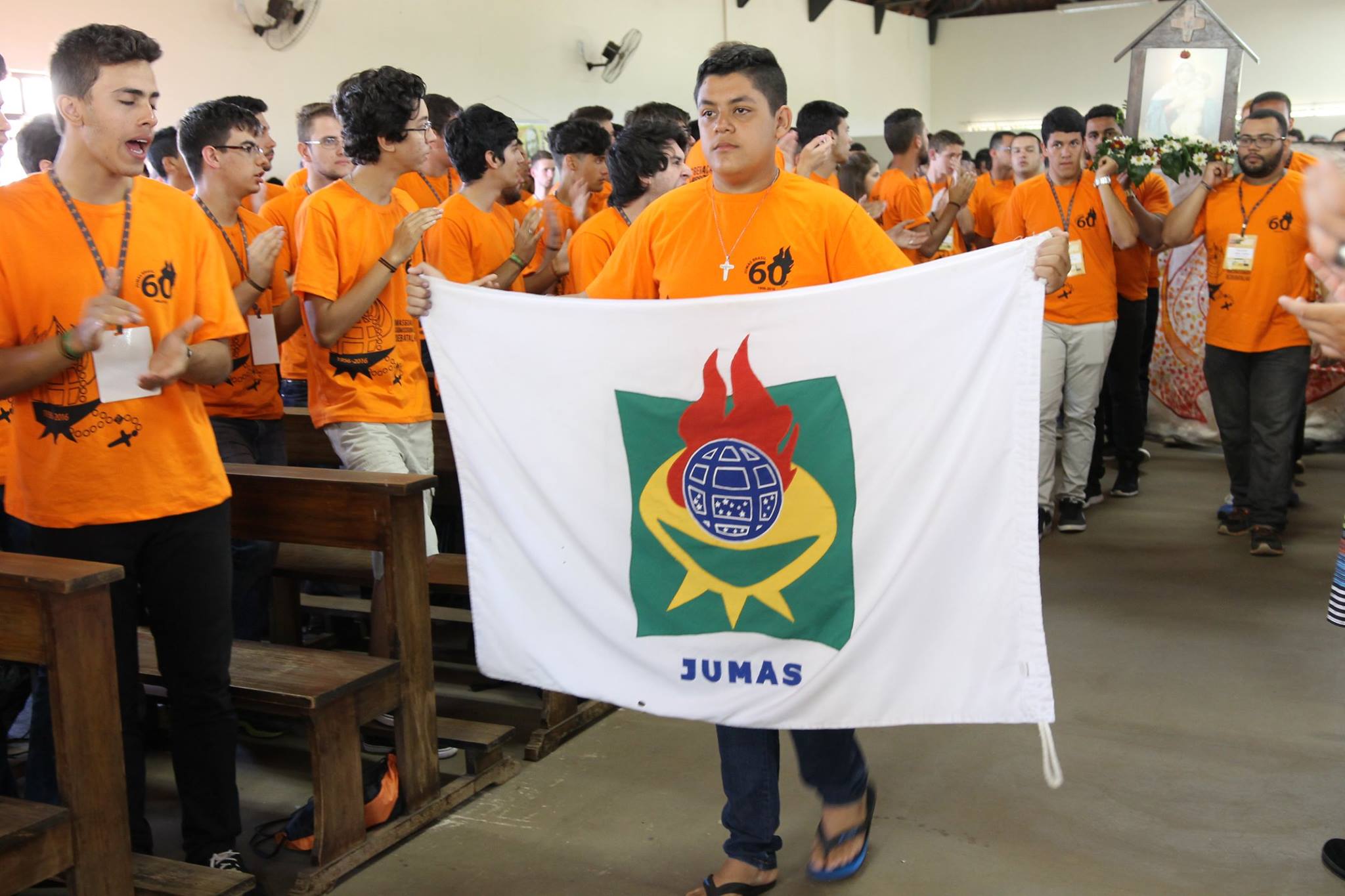