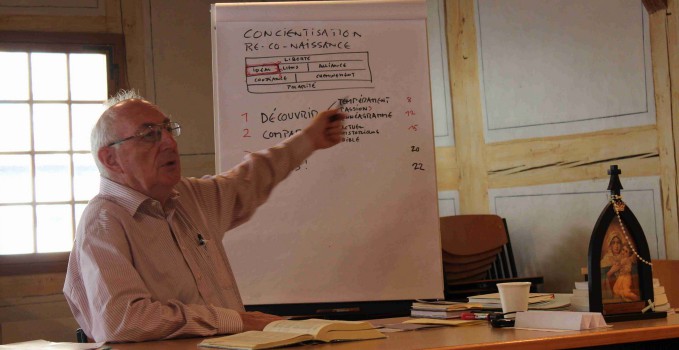 Personal Ideal: Schoenstatters have a retreat in a monastery in Fribourg, Switzerland

A group of pilgrims from Geneva, Nyon and Lausanne gathered at the Cistercian Abbey of the Maigrauge, Fribourg, Switzerland on July 18th and 19th for a retreat preached by Fr. Edwin Germann from the Secular Institute of Schoenstatt Fathers.

The retreat’s theme was the discovery and deepening of the personal ideal. The days of reflection began with a Mass at the Shrine of Fribourg concelebrated by Fathers Edwin Germann and Hubert Vonlanthen. During the celebration one of the retreatants sealed his Covenant of Love with Mary. 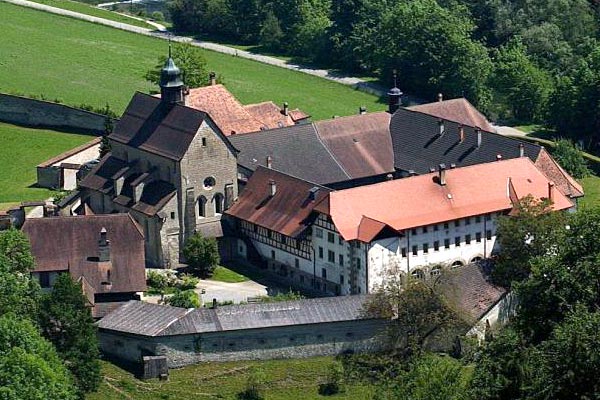 In addition to the conferences and activities directed by Fr. Edwin, the group had the opportunity to participate in the monastic offices, Eucharistic adoration and was treated to a guided tour of the Monastery. The Sunday Mass in the Abbey was concelebrated by Fr. Edwin and the Archbishop of Tours, France, Mons. Bernard Nicolas Aubertin, who was staying at the Abbey for a few days.

The meeting began on the same day the Schoenstatt Fathers celebrated their fifty year Jubilee. In the same month, the anniversaries of forty years of priestly ordination of Fr. Edwin and 760 years of the Maigrauge Abbey occurred. The Abbey’s motto is “Dominus providebit”, The Lord provides. Truly it can be seen that God had provided everything necessary for us to have an enriching retreat! 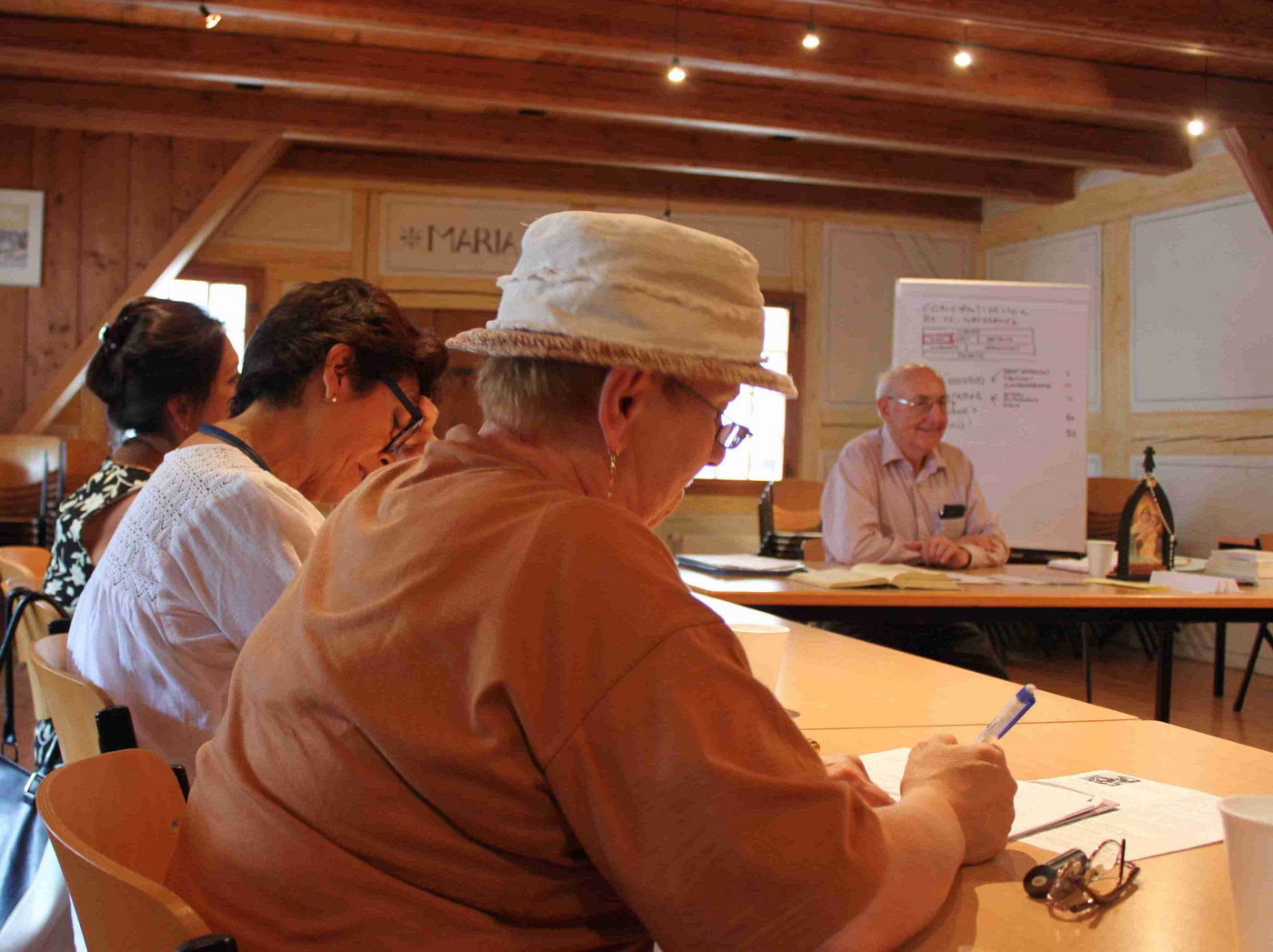 The talks (in French) given during the retreat can be heard or downloaded at www.soundcloud.com/ideal-personnel; the handout (also in French) is available for download at https://goo.gl/N2W7Lf