My story with the Our Lady of Schoenstatt 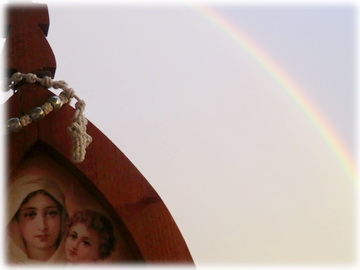 MEXICO, Norma Angélica Pichardo Correa.  I would like to share my story with Our Lady of Schoenstatt.  I did not know her, I had never heard about her, even now, I always forget how to write her name.  I am a physician, and although my family is Catholic, perhaps my education unilaterally focused on science was making me lose faith. 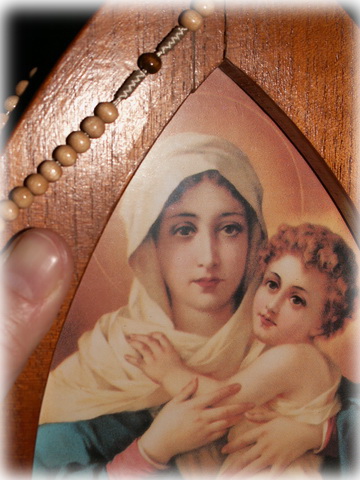 My father died ten years ago of cancer.  A few days before his death, the picture of the Pilgrim MTA that a cousin had brought from Cancun was with him. He died in my arms while I sang to him.

I don’t exactly recall when, perhaps a month after his death, I awoke very angry with God. I told him “I demand that you tell me that Our Lady took my father and that he is well, on the contrary I will never believe in you again.”

The afternoon of that day, I went to work, and a patient arrived.  Everyone knew about my father’s illness, so it was not strange that she asked me how he was.  I began to cry telling her that he had died and that I did want to believe that Our Lady of ____ had taken him. I remained silent because I did not recall her name.  She told me: Schoenstatt.

I asked her how she knew, and she answered that it was not a coincidence that Our Lady of Schoenstatt was there, that coincidences do not exist.  I was so impressed that I felt a chill run through my body. Now I do not remember if I took care of her or not, she left and a while later she returned with a smaller picture of Our Lady.

I still keep it as a treasure; she told me “I leave it in good hands”.