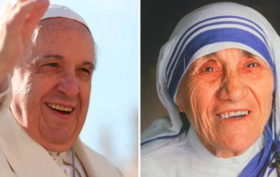 Mother Teresa: Encounter with a Saint

From Msgr. Peter Wolf, DD • It will be a highpoint of the Year of Mercy when Pope Francis canonises Mother Teresa of Calcutta on 4 September. Even while she was alive many people saw her as a saint, and when they met her they felt that they were meeting more than a committed person, or a well-known personality. At any rate I will never forget my encounter with her. It was during the Katholikentag in Freiburg in 1978. A small group of people responsible for the vocations pastorate hadRead More