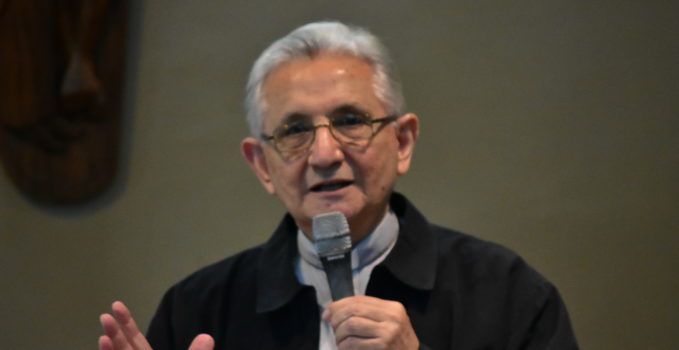 Some days ago we received unpublished stories from Bishop Claudio Gimenez about the early days of the Schoenstatt Movement’s birth in Paraguay, and then Father Kentenich’s participation at this phase of development.  Likewise he told us how some of his personal and intimate encounters with the Founder had taken place, and even about the more intimate details about the day of his death… —

“…In the context of the Father Kentenich Year, nobody is excused from praying, even if it is only a Hail Mary for his canonization,” often remembering when in an audience with Pope John Paul II, a group of Schoenstatt priests clamored “canonize him, canonize him,” the Holy Father retorted: “You canonize your Founder.”  “We need to have this phrase etched on our forehead,” the exhibitor stressed, pointing to his own forehead.

Among the above mentioned anecdotes, he pointed out that with the small Schoenstatt Movement founding group in Paraguay had the idea of sending a letter to Father Kentenich indicating the desire to have an hour of “spiritual attachment” with him, and that the hour chosen by them would be 9 PM.  The commitment was to entrust themselves to the Founder wherever they might be… at university, school… wherever… hoping to receive his blessing.  They sent the letter but never received a response since Father Kentenich was prohibited from writing letters during his stay in Milwaukee. 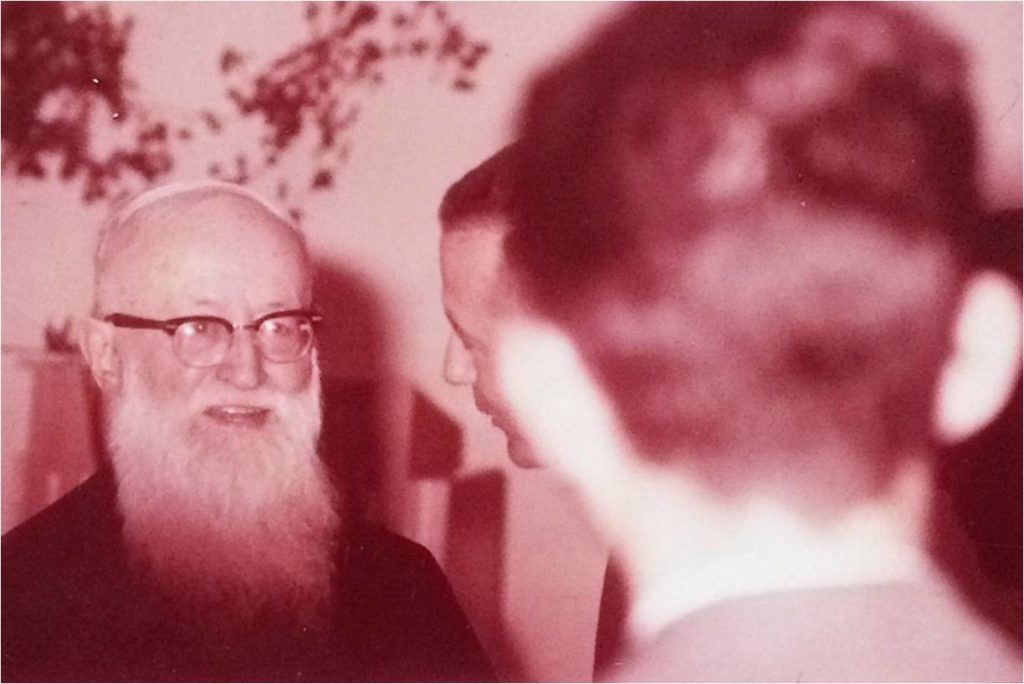 “I am the big-headed one there…”

He then related the first encounter he had with the Father and Founder.  He shows a photo where he sees Father Kentenich, a person at his side, and the head of a person that covers more than half of the photo: “I am the big-headed one there…..” says Bishop Claudio proudly and joyfully.  He then casually mentions how the photo came into his hands, and he mentions that the Father and Founder sent it to him.  Father returned this photo to him dated March 29, 1966, and he wrote: “May your country be a holy land, Marian, Schoenstatt.”  That was Father Kentenich’s wish while writing to a Paraguayan priest.  “This phrase was/is for all of us.”

He mentioned how one morning, he was able to accompany Father Kentenich in celebrating Mass.  After that Mass, he was able to describe Father as “a natural being, supernatural.”

After that Mass, Father Kentenich invited Bishop Claudio – then a seminarian– to have breakfast with him.  In spite of language limitations, Father Kentenich taught him the following: “Be faithful to the Covenant of Love with the Blessed Virgin, the Mother of Jesus, and everything will always go well for you.” 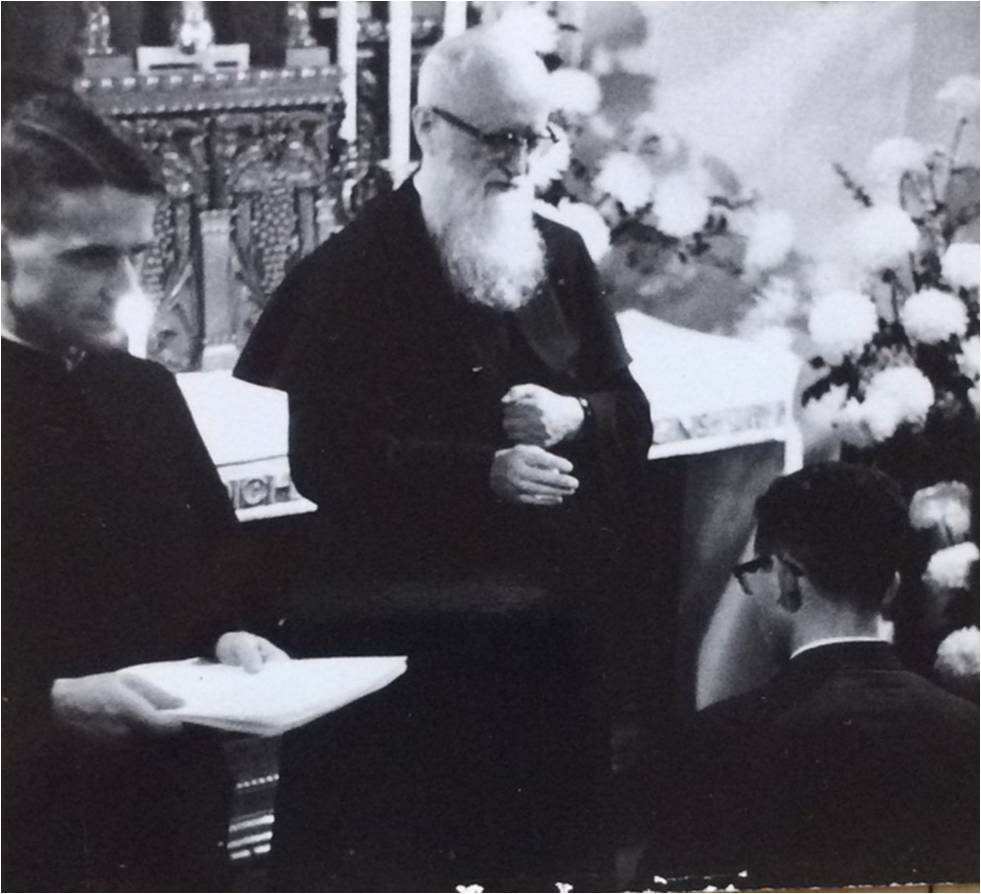 fter a few years, Bishop Claudio and Fr. Antonio Cosp – both still in the process of formation – began to grow concerned about the future of the Movement – since both of them were out of the country at the time – the development of the Movement was naturally compromised.  It was then they decided to seal the Inscriptio Consecration[1] in the hands of the Founder, and when they approached him and told him of their wish to pray with him, he asked them: “Which prayer do you wish to pray?” “…Inscriptio,” they responded, to which Father Kentenich immediately knelt down, and before the young seminarians’ astonished looks who also knelt, they began to pray together.”

After this very special prayer, each one of them placed their HEAVENWARDS prayer book in his hands, and he wrote each one of them a message: to Fr. Antonio he wrote: “Go and set the world on fire,” and to Bishop Claudio he wrote “tecum sum in aeternum MPHC[2] “I will be with you in eternity.  Mother will take perfect care.” 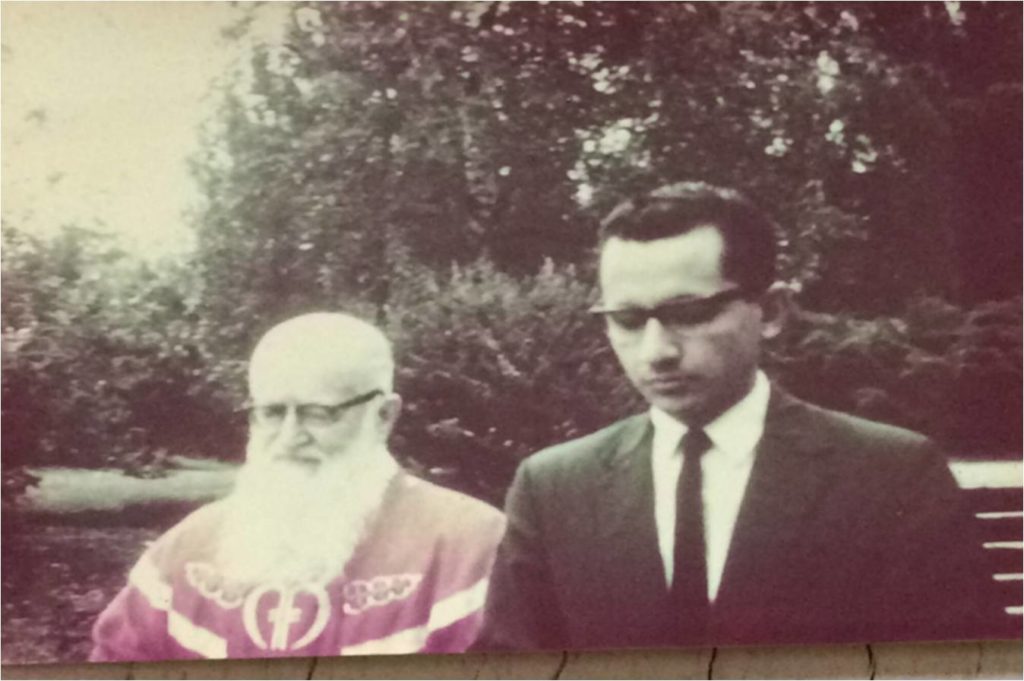 “Yes, oh yes, Father. I will take care of your family.”

On September 15, 1968, Bishop Claudio was in Germany when he heard the news from a German priest: “Father Kentenich has just died.”  Immediately he accompanied the priest to the Adoration Church where he found the lifeless body of the Founder.  One or another priest was present, praying in a nearby chair along with several Schoenstatt Sisters of Mary whose tearful faces expressed, “Do something, please!”  Bishop Claudio said he went to Father Joseph Kentenich’s body, knelt by his side and took Father’s hands, folded them, and placed a HEAVENWARDS prayer book beneath them.  At that moment and after having prayed, he made the following promise to Father: “Yes, oh yes, Father. I will take care of your family.”

Bishop Claudio concluded his marvelous testimony by inviting all to live this Year of Father Joseph Kentenich fully and to convert our lives into what he expects of us.

Personally Father Kentenich has inspired me to transcribe Bishop Claudio’s testimony.  It is something so valuable that it cannot be limited to the almost 200 people who have heard it.  The Father and Founder tells me that he is always attentive to his Family, and that he will always be there for us… interceding with his prayer.  But he also tells me that we must strive more to have him present, not only from a pious glance, venerating him, or admiring him… but by being daring and courageous like him.  I feel he wanted a courageous Family.  This year I hope to deepen my knowledge of him, but especially to become like him in audacity.

[1] Inscriptio Consecration—“May what you have foreseen for us be realized in every moment of our lives.”  This expression has its origin in a designation of love like “inscriptio  cordis in cor,” it is correct to say, a mutual inscription of hearts.  A word that probably comes from St. Augustine and that Father Kentenich used for the first time in 1941 to indicate a growth in the Covenant of Love according to which not only is the Cross accepted, but that for love it is requested as far as it is contemplated in the plan of God 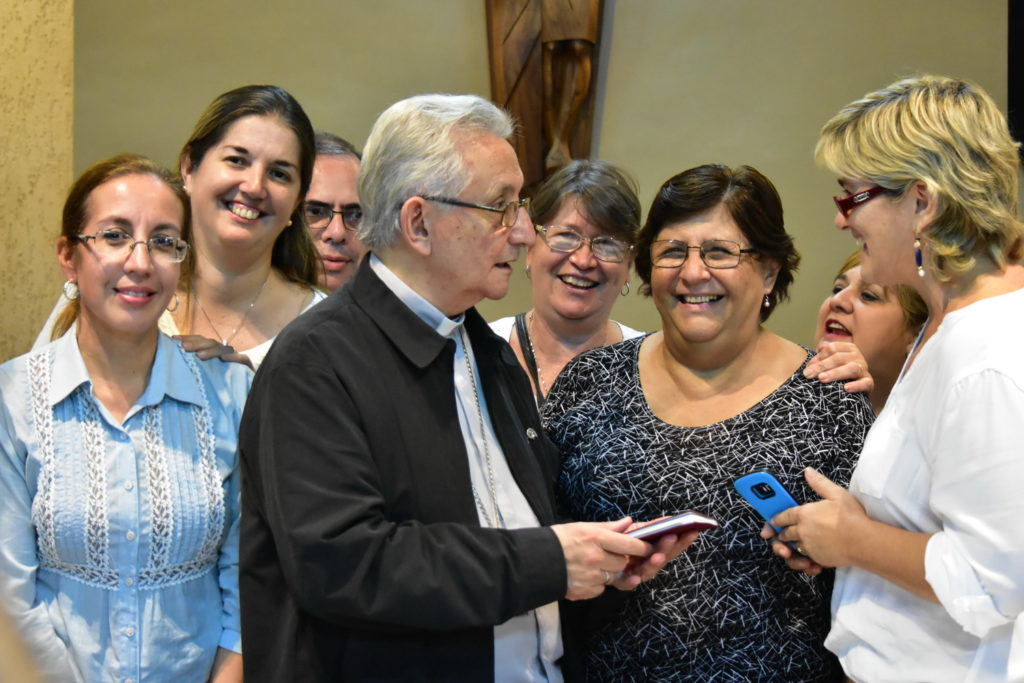