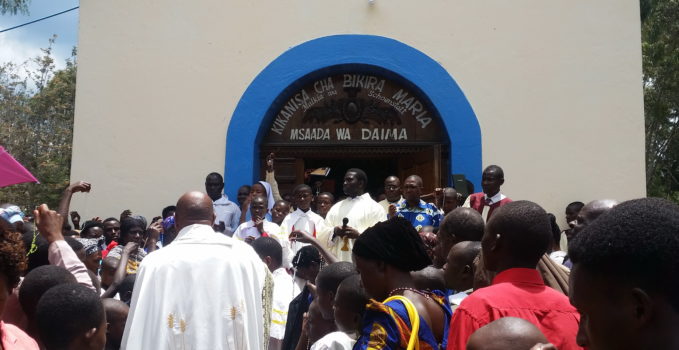 When a Shrine is left alone…

Schoenstatt is present in Tanzania in three dioceses: Kayanga, Rulenge Ngara, and Bukoba… Furthermore it is continuing to grow, in spite of the belief that over time, the Shrine there would be left alone. From Burundi, Phlippe Kitabu, who has worked for Schoenstatt in Tanzania since 2005, was very happy to tell schoenstatt.org a little about the apostolate carried out in Tanzania. —

At the beginning of the Seventies, members from the Institute of Our Lady of Schoenstatt from Germany built a shrine in the former diocese of Rulenge Ngara, in the St. Augustine parish in Isingiro. In 1979, the last Germans left there to return home. From there they contacted the Schoenstatt Fathers in Burundi asking  them to take care of the Shrine and the few Schoenstatters that were left.

In 1992, Fr. Alois Haelg and Fidèle Havyarimana went to Isingiro, and that is how the Schoenstatt apostolate began.  In 2005 Fr. Jean Bernard Mazuru and I began the apostolate path in Tanzania. Currently, Schoenstatt is present in three dioceses: Kayanga, Rulenge Ngara, and Bukoba.

The photos show a gathering of Schoenstatters from the three dioceses at the Isingiro shrine in October 2017. 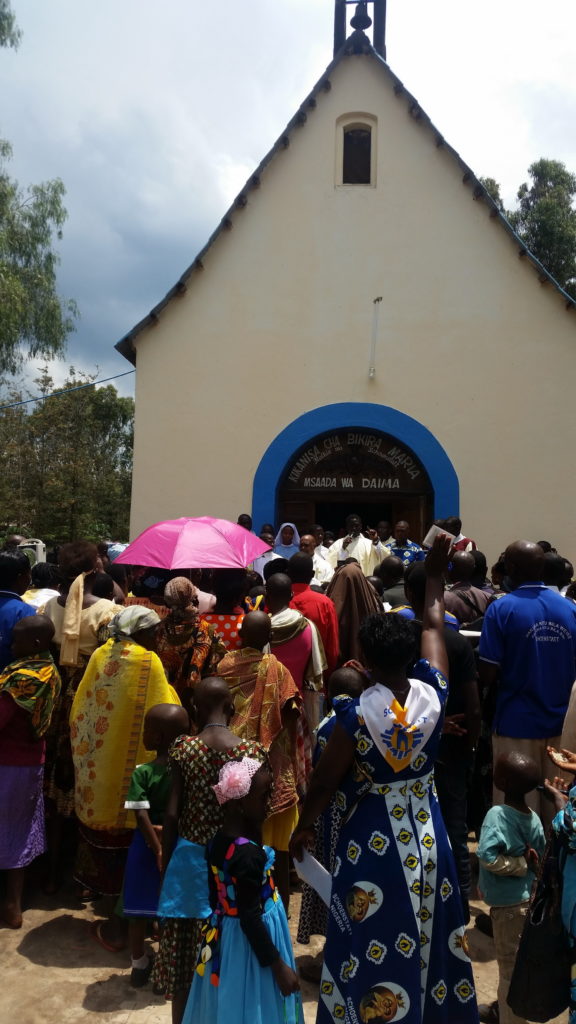