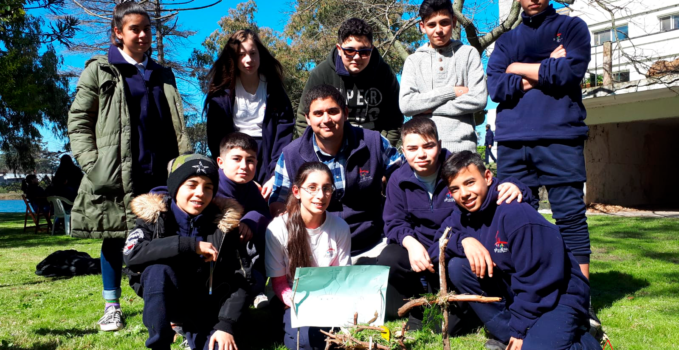 In August the youth from Colegio Providencia, from Montevideo, Uruguay, who participated in “Despartarte” (Awaken), held a retreat where they deepened their emotions. —

Despertate is the name of the workshop where the students examined and deepened different aspects related to the ministry and the spiritual development.

Forty young people from the first year of high school participated and deepened their emotions and the qualities that each of them possess.

Fiorella Aldabalde, the first year catechist, commented that they watched a part of the movie “Inside Out” as a starting point. From there they worked on different aspects of personality, important memories, the people who have influenced us. We also used the “Island of Personality” resource from “Inside Out”. The movie represents the different aspects of the personality which define a person. The island of the family, friendship and honesty appear in the movie. “In the retreat, we asked them to represent the “Awaken” island. They had to describe the group through a drawing. 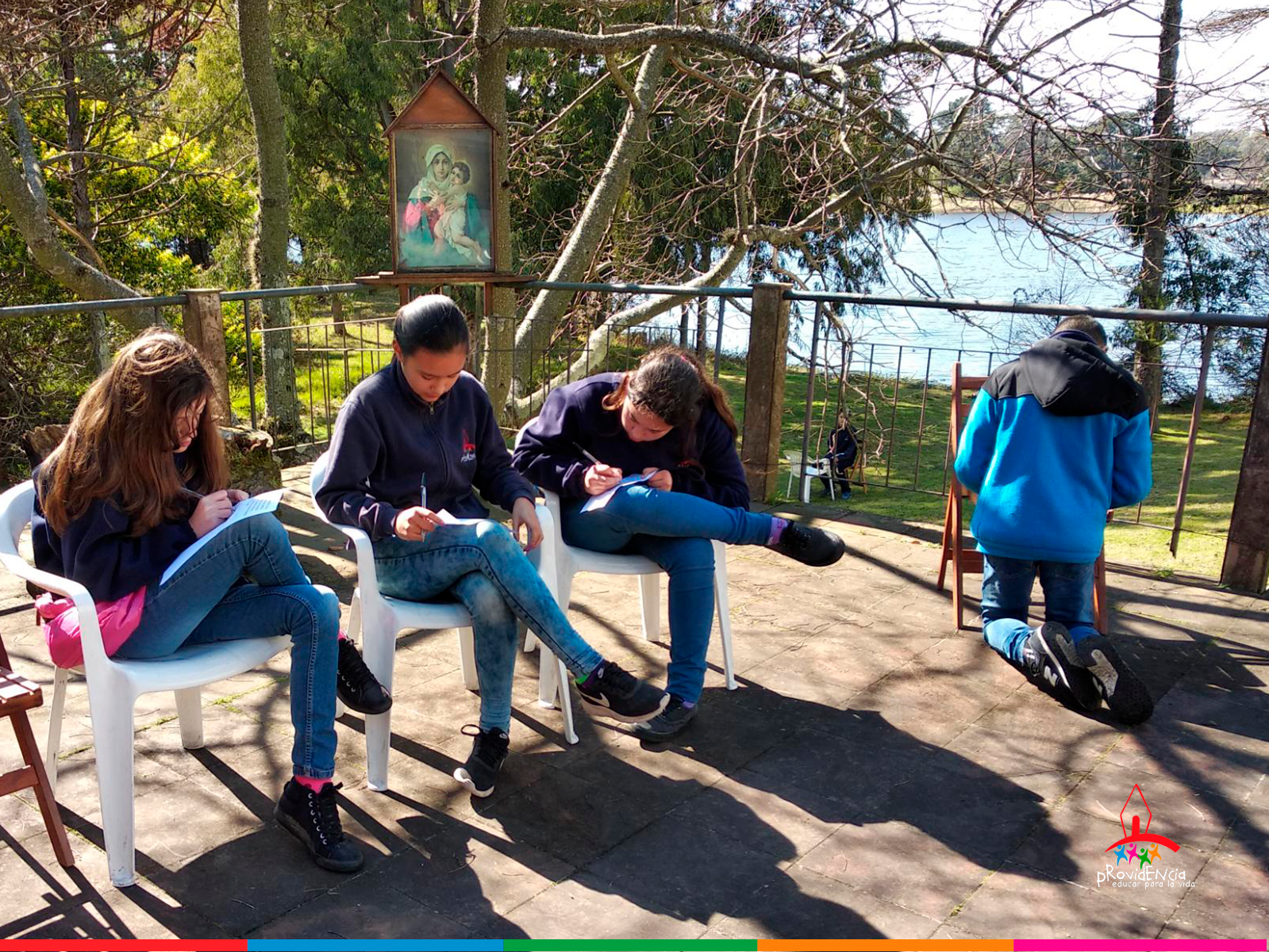 Searching for our identity

During the afternoon they worked on the keys of identity that we have at Providencia. “We set up different stations, where through games we worked and learnt more about the four keys of identity: encounter, family experience, mutual transformation and missionary dynamic”.

We asked the families to write a letter to each one of the youth telling them how they wanted to accompany them at this important moment of their lives. “The moment of opening and reading the letter was a moment of great respect, a personal moment of great emotion. The students were deeply moved. For some it was the first time that they had received a letter from their families. The way they experienced this surpassed our expectations, it was very beautiful”, Florencia Cruces, the second year catechist explained.

During both retreats we had a beautiful Mass, where we placed everything we experienced in God’s hands. 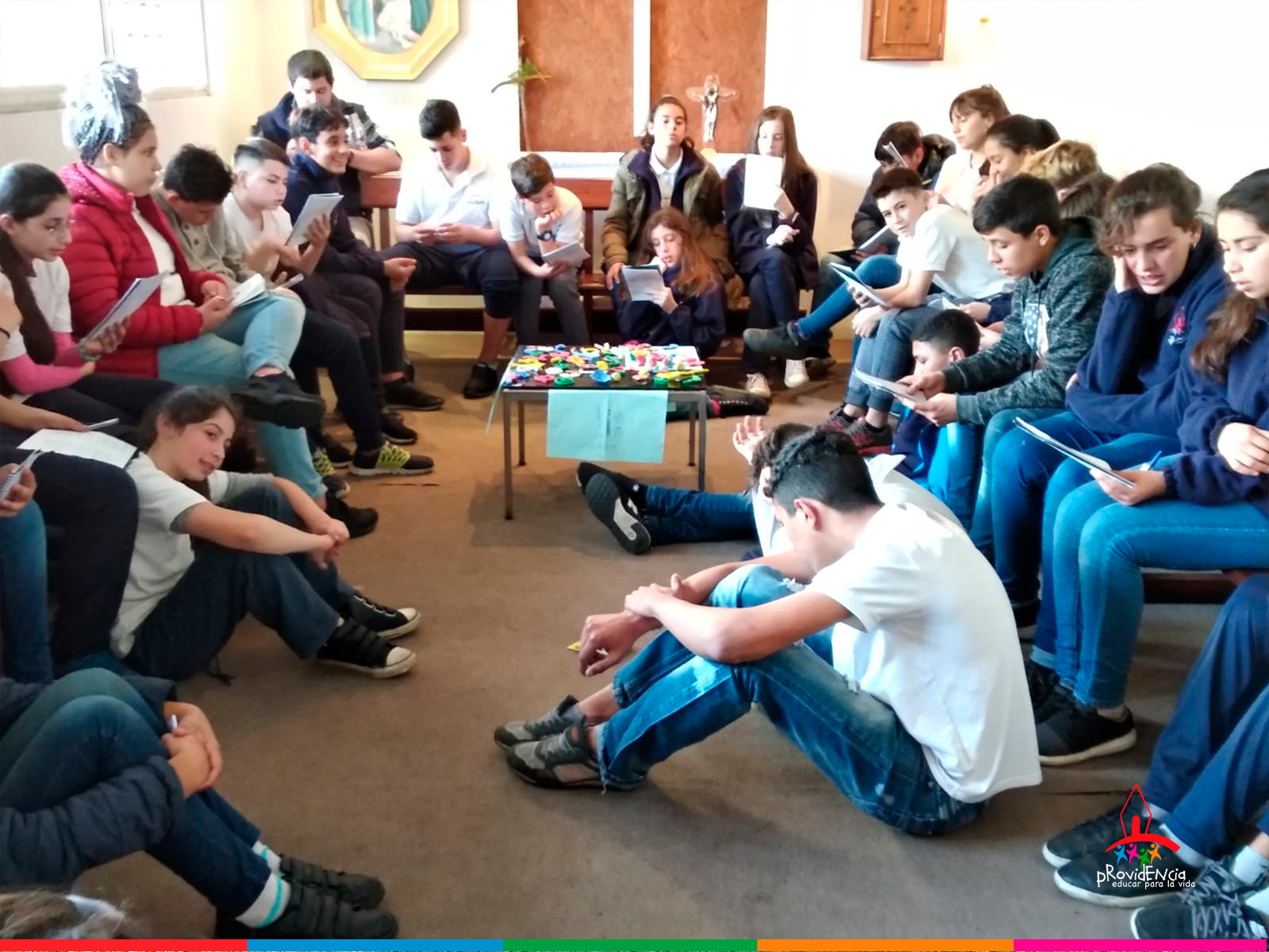 The Providencia Educational Center in Cerro Oeste (Montevideo, Uruguay) opened in 1994, coordinate jointly by the families from the neighborhood and the lay people of the Schoenstatt Apostolic Movement. They identified a need for an educational space for the children and teens; volunteers and neighbors began to develop educational activities. The center has grown and promoted the participation of more children and young people, thus building a socio-educational space of reference in the community.