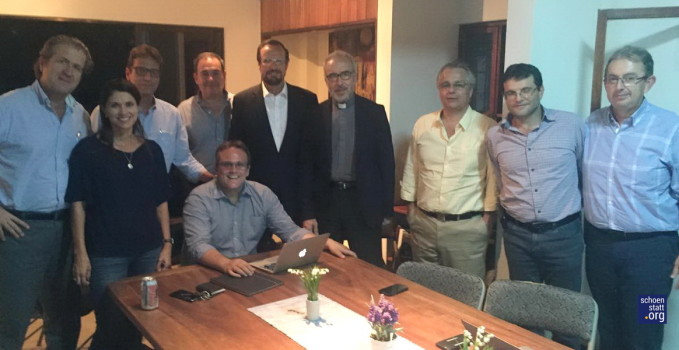 On Monday 17 May the Ibero-American Congress of Businessmen and Executives (CIEES) met in Costa Rica. Fr. José María García Sepúlveda, who was in the country for the Marriage Enrichment course, was in attendance. During the meeting, the new CIEES Costa Rica board was elected. It is composed as follows: President: Rudy Sauter, first vice-president: Daniel Goicoechea and second vice-president: José Alejandro Martínez. They thanked Manuel Emilio Hernández for his excellent job as CIEES president for two consecutive terms and appointed him as an honorary president.

During the meeting, the participants discussed the current status of CIEES Costa Rica, its realities and the need to define a clear direction for this year, and the International Congress to be held in Peru in 2017. Manuel Emilio Hernández commented on the need to promote a greater openness and inclusion of young professionals in the CIEES. He re-affirmed his position to add members from among the representatives of young professionals, saying that they would bring great benefit to the CIEES. The other members present seconded the motion. Olger Porras suggested that each member look through their network of contacts who might be eligible to join CIEES, and invite them to future meetings with a view that they would be integrated into the Committee. The group agreed with the idea.

Fr. José María García, the special guest, at the request of the group shared experiences in Spain and advised CIEES Costa Rica to come up with a project that is really practical, that is achievable and can be conquered. He also advised them not to fall into the trap of being sucked into planning, which on paper may look very attractive but might be very difficult to accomplish, thereby avoiding wasted efforts.

The next meeting scheduled for 6 June 2016, will set the agenda for 2017 and choose the practical project that CIEES Costa Rica will adopt for 2016 and 2017, both as a participating block of the International Congress in Peru next year, and as part of its ordinary activities in Costa Rica. 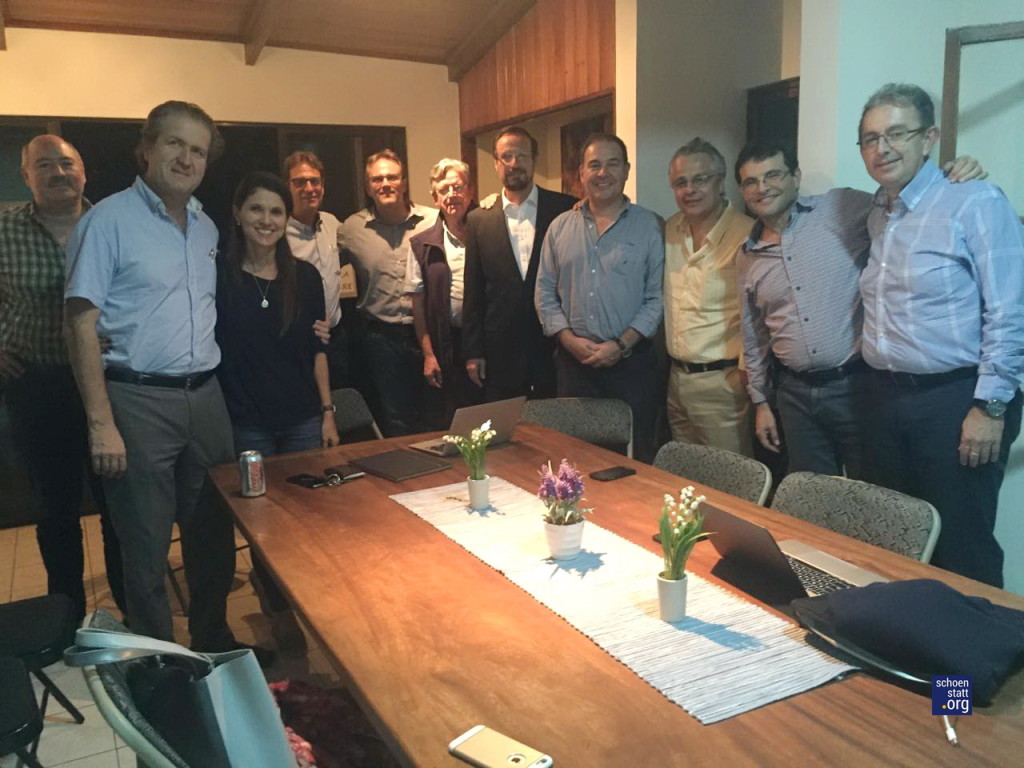 The CIEES VISION, which was defined at the international conference in Monterrey, Mexico in November 2015 is: Be an international, open and inspiring community of businesspeople and executives who live and transmit a Covenant Culture and Kentenich Principles in the companies and workplaces for the transformation of the new person in the new society.

The CIEES MISSION is: Develop and coordinate business leaders that, as agents of change, inspire and evangelise by their example, and that bringing Faith and Life, promote and transmit Fr. Joseph Kentenich’s pedagogy in society, the company and the family.