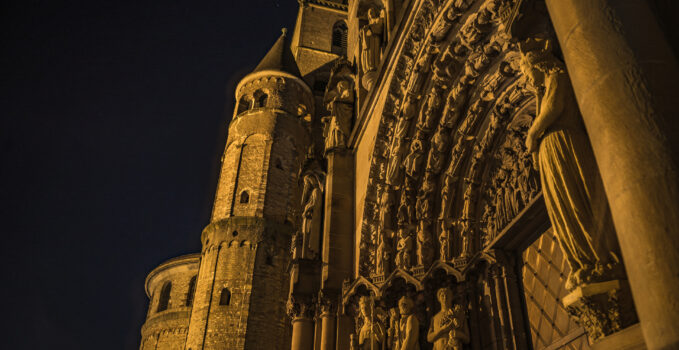 We publish the information of the Diocese of Trier about the decision of Bishop Ackermann to suspend the beatification process of Father Kentenich. This information was transmitted to the media today, May 3, 2022. —

Press Release
The beatification process for Father Joseph Kentenich has been suspended. At this time, Bishop Dr. Stephan Ackermann will not actively continue the proceedings; instead, he is encouraging further free research.

This was announced by Bishop Dr. Stephan Ackermann on May 3 in Trier. The process is being conducted in the Diocese of Trier because Father Kentenich died in Schoenstatt/Vallendar on September 15, 1968. Therefore, the Bishop of Trier is responsible for the diocesan investigation in the beatification process of Schoenstatt’s founder, which was opened in 1975.

The background for the bishop’s decision are allegations of abuse against Father Kentenich that became public in 2020. These accusations had already come to light in earlier phases of the diocesan portion of the beatification process. Those responsible in those years also investigated them with the possibilities available at that time.

Through publications in 2020, it became clear that the previous methods of consideration were not sufficient. After the opening of the Vatican Archives (until the end of the pontificate of Pope Pius XII in 1958), documents have become available that until now could not be included in the diocesan investigation of the beatification process for the founder of the Schoenstatt Movement.

As a result, Bishop Ackermann had initially announced in July 2020 that he intended to set up a second commission of historians in accordance with the Instruction Sanctorum Mater, which is authoritative for beatification processes.

In the exchange with experts from various disciplines about the further appropriate procedure and on the basis of the experiences of the last decade in the area of clarifying and coming to terms with various forms of abuse, two imperatives emerged that must be taken into consideration.

From the point of view of content, an overall picture can only be achieved if psychology and pedagogy are also taken into account together with historical research. In this context, it is indispensable that the academic study of the questions to be clarified be carried out freely, i.e., independently and transparently. This cannot be achieved by a purely historical commission in accordance with the Roman instruction.

n addition, Bishop Ackermann has had another aspect of the Causa Kentenich investigated. In the 1990s, an American citizen accused Kentenich of having sexually abused him between 1958 and 1962. In 2021, Ackermann had the accusation, which had already been investigated by the Church in the USA, re-examined by a former federal prosecutor to determine whether the investigation at that time could also be considered sufficient according to today’s criteria. The attorney’s report did not come to a clear conclusion, but suggested that this question be evaluated in the context of the other aspects that still need to be clarified.

“The discussions of the last two years have shown that there is a need for more in-depth research on the person and work of Joseph Kentenich,” Bishop Ackermann said.

At the same time, the bishop considers it important to emphasize that the suspension of the process does not mean that a judgment has been passed on the life and work of Father Kentenich. Bishop Ackermann’s decision has been discussed with the Roman Congregation for the Causes of Saints and has been communicated to the Presidium of the International Schoenstatt Movement.

“I am aware that the suspension of the beatification process is a painful step for the Schoenstatt Family,” said the Bishop of Trier. He added, however, that this in no way diminishes the importance of the manifold activities of Schoenstatt throughout the world.

Translation done by and taken from www.schoenstatt.com