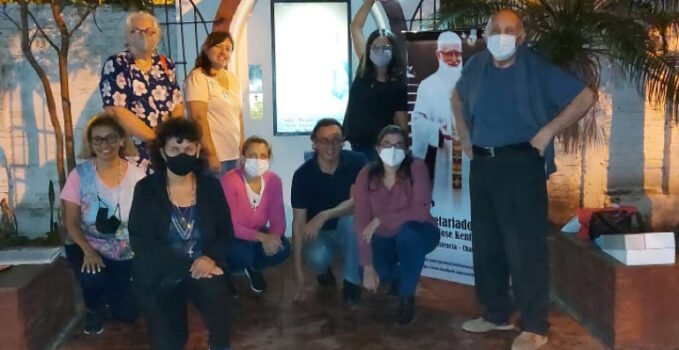 At the Wayside Shrine of the Mother Thrice Admirable of Schoenstatt, in the small square of the Paykin neighborhood, in Resistencia, Chaco, a tribute was held to remember Reinaldo Roberto Rivara, who was the promoter of the construction of this Wayside Shrine, located on Sarmiento Avenue and América Street, one year after he passed away. — 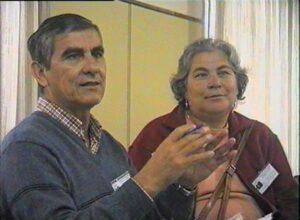 Reinaldo Roberto Rivara and his wife María Teresa, members of the founding generation of the Family Work in Chaco, Argentina

The warm tribute was carried out by the team of the MTA Wayside Shrine and the Secretariat of Father Joseph Kentenich A memorial plaque was placed “to remember this son of the Blessed Mother”.

“He fell in love with the Blessed Mother at the age of 18 and from that moment on his life was guided by Her love and by his great admiration for Father Joseph Kentenich and his pedagogy,” they expressed in the tribute. His personal ideal was “to be a bond of peace”. He sealed the Covenant of Love at the age of 18, and he was part of the Boys’ Youth in the Shrine of La Loma, Parana, Entre Rios”.

At the age of 27 he married María Teresa and they are part of the Camino marriage group. 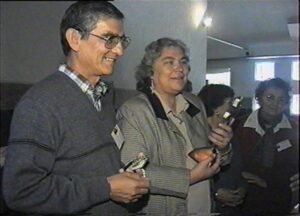 Reinaldo Roberto Rivara and his wife Maria Teresa, at the Meeting of the Friends of Fr. Kentenich in Florencio Varela, in 2003

When they arrived in Chaco, they started the Fundamento group, the founding generation of the Family Work of Chaco, which was the first group of members of the League. They also participated in the first meetings of the “Friends of Father Joseph Kentenich” in Florencio Varela and thus organized Father’s Secretariat in Resistencia.

Based on material from the press release, published in Diario Norte