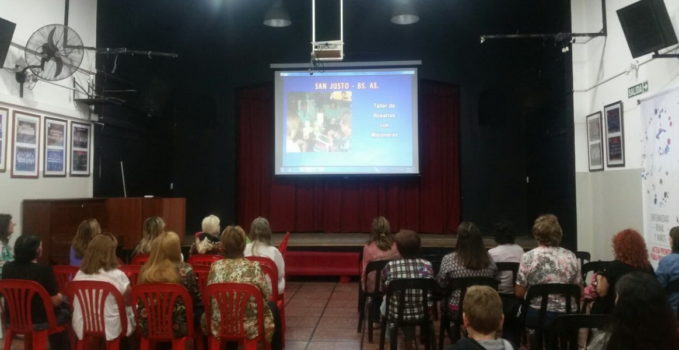 A morning with the “smell of the Campaign”

On Saturday, 11 March, the missionaries from the Diocese of Morón, in Greater Buenos Aires, met to begin this year’s activities. They began with Mass at St. James the Apostle of Haedo Church; Fr. Diego celebrated. In an atmosphere of profound devotion, the choir accompanied them; they expressed gratitude for the past year and prayed for their new year in which they will continue walking with Mary.

After Mass, they shared coffee and sweet treats in the Borromeo School hall. They welcomed the missionaries who arrived from different areas of the diocese. The missionaries joy was reflected when they met other missionaries they knew and those who came for the first time were surprised to meet people from other places.

We can move the mission forward if we are united 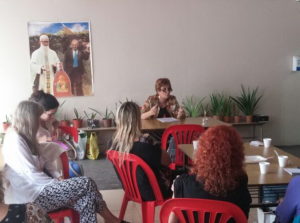 Together they moved the mission forward by working on the first objective: to continue to form attachments, “since we know we can move the mission forward if we are united.” To be a part of everything with the view of learning a little more about the Campaign:

In view of Latin America, they took experiences from the International Congress of the Rosary Campaign, which was celebrated last year in Santa Maria, Brazil, with the motto: The Campaign, Schoenstatt’s heart reaching out.

In view of Argentina, they worked on the conclusions of the National Gathering of the Schoenstatt Movement, with the participation of three people from the diocese. They gave a very enriching testimony that was filled with life.

The development of the gathering was very dynamic; the missionaries had the opportunity to exchange life experiences about the mission, and following the national line, they profiled the diocesan task for the year 2017.

The refrain from Joao’s song, Maezihna de Ceu [Mother of Heaven], inspired and accompanied several moments during the morning that was adrenaline filled and the “Smell of the Campaign”. She was there, in the Auxiliary presiding over this fraternal and work gathering where every detail demonstrated that everything was prepared with much love thanks to all the missionaries who contributed their little grain of sand for the success of this gathering.

“Thank you, Blessed Mother for the strength and push that you give us!” they expressed as they left with enkindled hearts to go to encounter those in most need of the Father’s love.

Finally they concluded: “We are aware that our Mother is the Star of Evangelization, we know that she will lead pulling the Triumphant Carriage, her children and faithful instruments, commit to accompany her, following Joao Pozzobon’s footsteps to face the new challenge we have before us, a time and place that is hungry and thirsty for God. Here we come!” 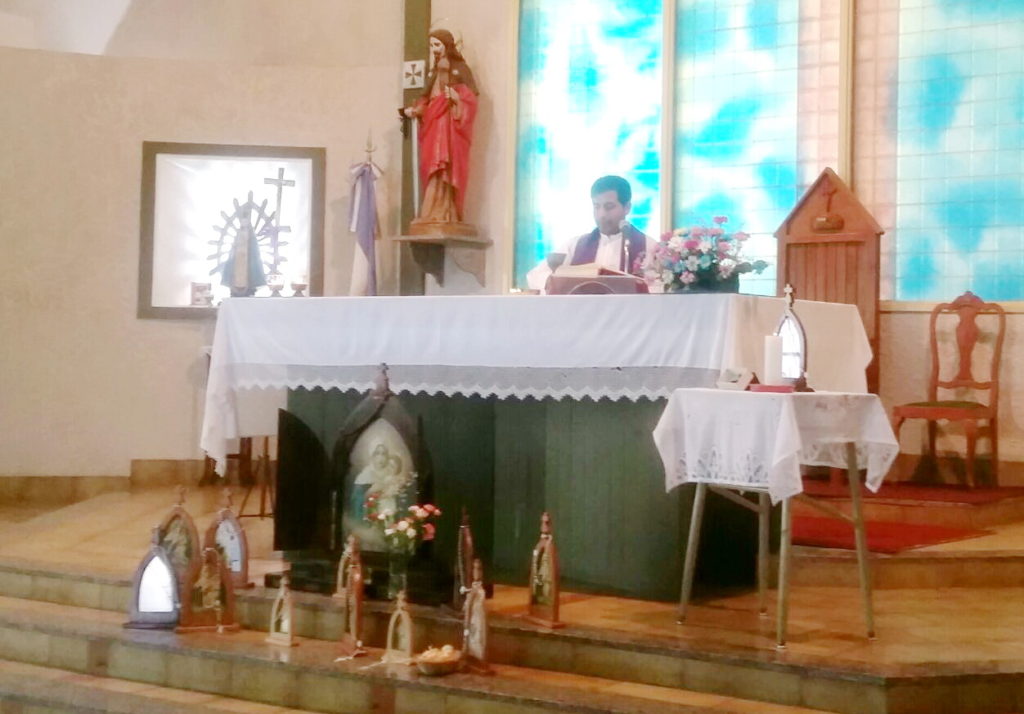