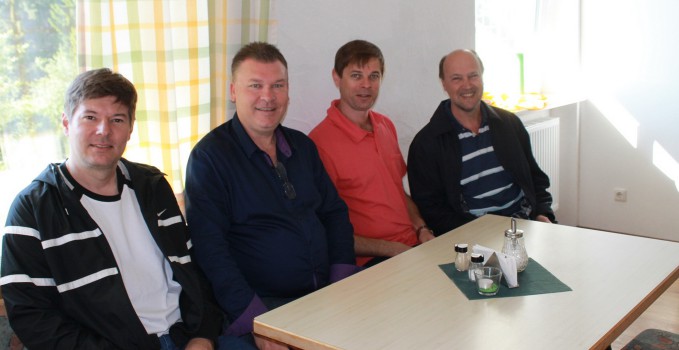 Paulo Kist, one of four Brazilians who belongs to the same Men’s Group in Santa Cruz do Sul, approached Gertrud and Norbert Jehle in the cafeteria with this simple request: “May we have the key to the Shrine, so we can go to pray the rosary tonight?” This ended in an animated and joyful conversation in Portuguese, German, Spanish and “portuñol” [a mixture of Portuguese and Spanish] about the experiences of the group on their trip and pilgrimage through Germany, the Shrines in South America, and the importance of the Men’s Branches and their work in Schoenstatt. This was on the afternoon of 27 June, the 30th anniversary of João Pozzobon’s death, and this alone makes for great connections and topics for discussion.

All four men are married, they have two or three children, and they participate in a group of the Men’s Branch at the Santa Cruz do Sul Shrine. They proudly related something about the massive pilgrimage held each year at this Shrine (and at the end, they promised that next time they will send news to schoenstatt.org). With great pride, they talked about the Men’s Branch close to Santa Maria in Itaara, where the Brothers of Mary work with the Boys’ Youth and the Men’s Branch. During their visit to Schoenstatt, a few days before, they also went on pilgrimage to the Tabor Shrine, the Shrine of the Men’s Branches. “We had a nice chat with Brother Amrein in Schoenstatt,” they commented. Of course the experience of being in the Original Shrine was the highlight of their entire trip. 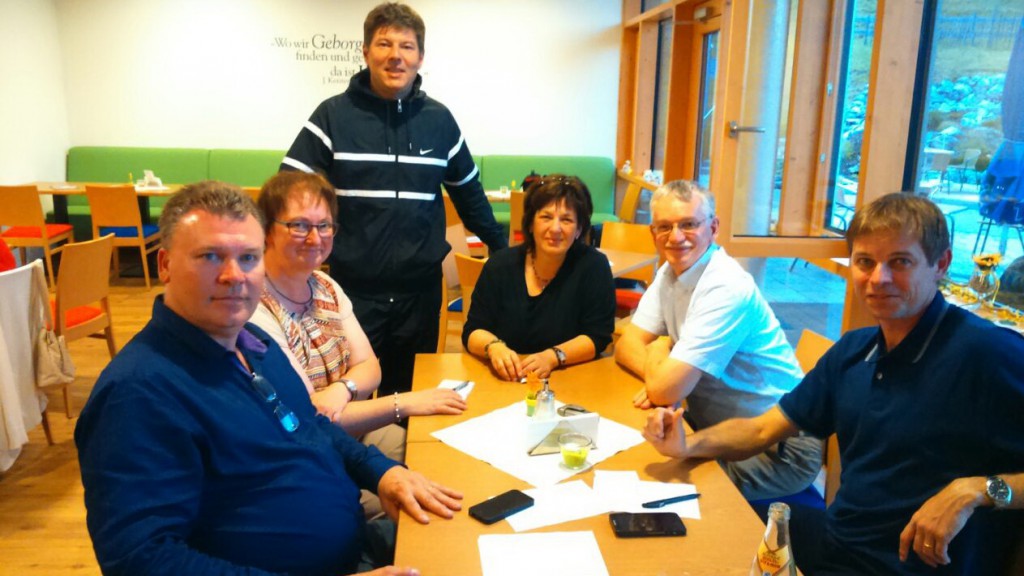 We are not alone in the world…

They spoke about the Holy Father’s trip to Ecuador, Bolivia and Paraguay, and the four Brazilians were surprised about the existence of so many Schoenstatt Shrines in these and other South American countries. “We had to go to Memhoelz to learn that there are not only Schoenstatt Shrines in Argentina, Chile and Paraguay, but there are also shrines and Schoenstatt in many of our continent’s other countries,” they said. It was an ideal moment for Norbert Jehle to recommend that they visit the schoenstatt.org website often, and obviously for them to send news.

The following day, there was a touching and joyful farewell with the Monederos and the Jehles waving Bavarian and Brazilian flags, while the Brazilians got into their rental car to travel to Frankfurt and to fly to their Brazil…

Have a good trip! And we will keep a look out for your articles! 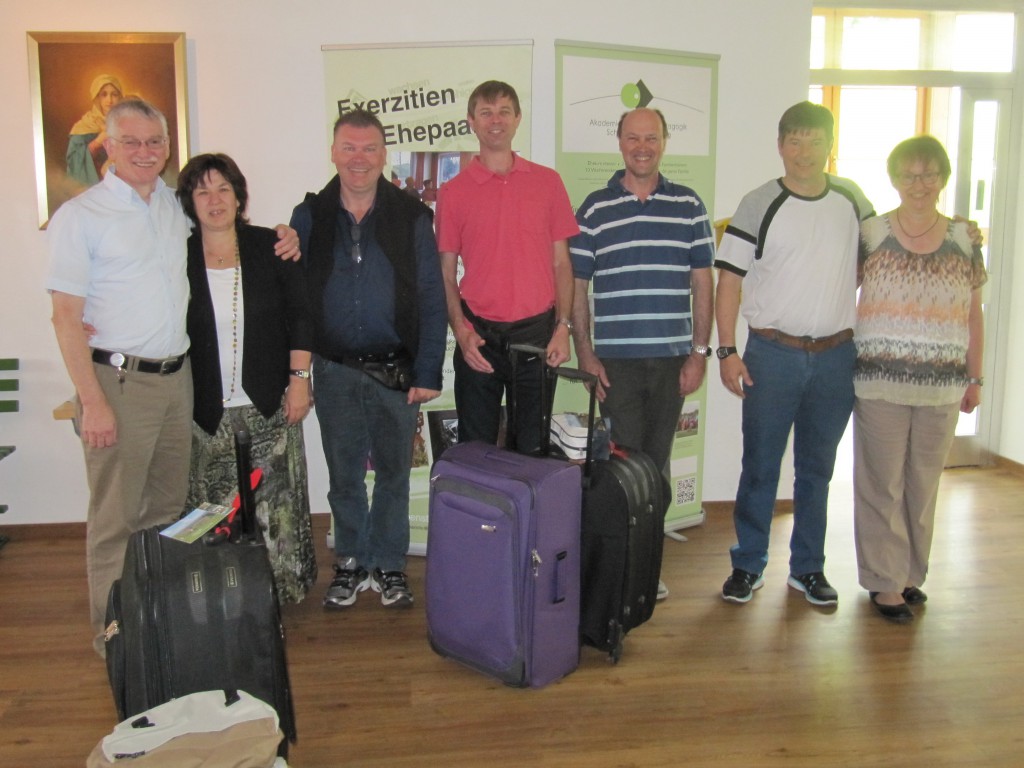