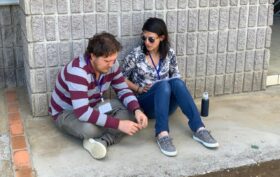 COSTA RICA, Carla Hidalgo Vega • In recent days the First Retreat for Young Schoenstatt Couples in Costa Rica was held, in which 31 couples that have been married less than five years, participated.— During this weekend, the couples learned about the importance of the Eucharistic life in an explained Mass and a talk that they received with great enthusiasm from Father José Luis Correa, advisor of the Movement in Costa Rica. Throughout the retreat, they received the testimony of several couples from the Family Branch about various subjects, amongRead More