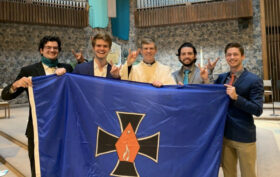 USA, Zachary E. Larson • Among all the major events occurring around the world, one happened rather quietly: the crowning moment of a vocation. Jeff Roedel, the first Schoenstatt Father to be ordained in the USA in 16 years, became a Roman Catholic Priest on June 6th, 2020. When Archbishop Listecki laid his hands on the Wisconsinite and conferred the Holy Spirit upon him, Jeff’s work of many years reached its peak. —   Some of Jeff’s friends journeyed from afar to accompany him. I and several other members ofRead More 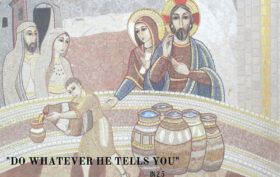 USA, Maria Fischer • Deacon Jeff Roedel will be ordained to the priesthood June 6, 2020. He comes from New Berlin, Wisconsin, USA,  and has been in formation with the Schoenstatt Fathers since January 2010.— Jeff Roedel recently finished his Theology degree at the Pontifical Catholic University of Chile in September 2019, and was ordained a deacon soon after, in October. Deacon Jeff arrived in November of last year to do his parish internship at St. Patrick’s Parish in Whitewater, Wisconsin, where he will continue to work during his firstRead More