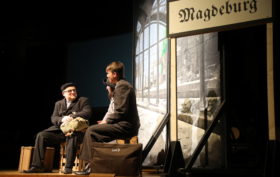 Uprightness Comes at a Cost

GERMANY, Markus Hauck/Press Office Wuerzburg Diocese • It is the story of a martyr that gets under your skin. Not just because of the varied and skilful music. But also and precisely because of the leading character, the Pallottine Father, Franz Reinisch. It is the story of the only priest who refused to take the oath of allegiance to Hitler during the Nazi period, and who was executed as a result. This is the subject of a musical “Dangerous”, but Wilfried Roehrig, lyricist, composer and producer. On Saturday evening, 14Read More