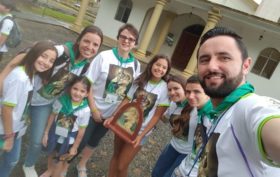 Going to mission and being missioned

COSTA RICA, Gaby Yglesias de Tous • This year I listened to my teenaged daughter whose desire it was to take the Pilgrim Mother on mission. She had had the opportunity to attend Holy Week in Guanacaste, and she loved it. To me…it seemed like knocking on strangers’ doors and invading their lives was an uncomfortable activity. But that was nothing further from the reality! — First I prepared myself with a very interesting talk about Joao Pozzobon’s great legacy; he began the Campaign in 1950 when he felt the BlessedRead More 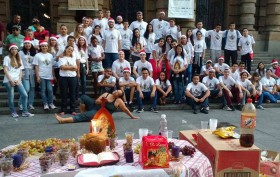 A Christmas of mercy in Sao Paulo

BRAZIL, Gregory Oliveira • The spirit of Christmas once again takes into account the dark streets of Sao Paulo/SP, thanks to Christmas in Solidarity. At dawn on 25 December 2015, Schoenstatt Apostolic Youths from the Jaraguá neighborhood once again transformed the solitude of the night into a smile for those who live alone on the capital’s streets and avenues. Christmas in Solidarity reached the ten-year mark of mission with great celebration. The apostolic initiative began in 2005 with a small group of Youths from Jaraguá going through the city’s streetsRead More