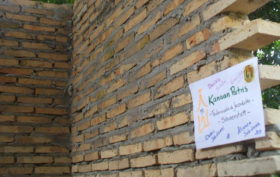 100 houses: a small neighborhood of solidarity

By Maria Fischer and Ani Souberlich • “Thirty more stars were blessed on Friday, 12 May for the carpet of stars located at the north entrance of the Cologne Cathedral. The twenty-five small and the five large stars were donated this spring,” this was Cologne’s Domradio radio message. Among them, there was also a star from 1. FC Köln soccer team, the ‘Kölner Dom’ cultural foundation related. With the star of 1. FC Köln, two of Cologne’s passions grow closer: the cathedral and soccer,” commented Fr. Gerd Bachner, Provost ofRead More 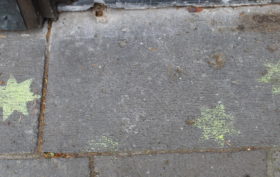 By Sarah-Leah Pimentel • The article “On the Move with Trust in GOD” brought tears to my eyes. The article says that a candle with the World Youth Day symbol was burning in the shrine. And then I saw the photograph. It was not the symbol of WYD2016, it was the symbol of WYD2005, which took place in Cologne, Germany that year. The motto that year was “We have come to worship him.” And the five stars that greeted the young people who came to Cologne that year are still there.Read More