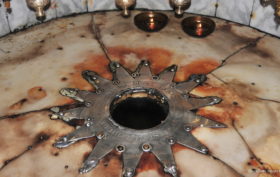 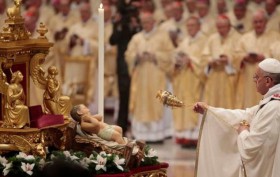 “Let us give him present him with our gifts: freedom, understanding and love”

FRANCIS IN ROME • “For the Church, to be missionary does not mean to proselytize: for the Church to be missionary means to give expression to her very nature, which is to receive God’s light and then to reflect it,” said Pope Francis during his homily on the Feast of the Epiphany of Our Lord, during Mass in St. Peter’s on 6 January 2016. Reflecting on the words of the Prophet Isaiah directed to the holy city of Jerusalem: “Arise, shine; for your light has come, and the glory ofRead More