Social Doctrine of the Church Tag 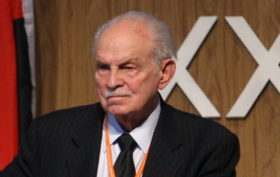 MEXICO, Jaime Septién via Aleteia.org • February 3rd, this year, Mr. Lorenzo Servitje Sendra died at the age of 98.  He was one of the most successful businessmen in the world and a committed Catholic whose true success lies in an organization like Grupo Industrial Bimbo, which can only measure itself by its Christian values, lived out interiorly. He was considered as “the greatest baker in the world,” since 3% of the world’s population consumes Bimbo products, especially the classic loaf of bread.  But in Mexico, he is also rememberedRead More 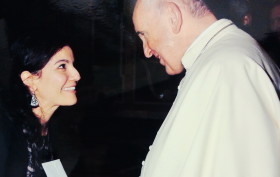 By Pamela Fabiano, Pontifical Council for Justice and Peace, the Vatican. An article in the series: What Does the Holy Year of Mercy Mean? • “Jesus Christ is the face of the Father’s mercy” (Misericordiae Vultus, 1) The Papal Bull on the Proclamation of the Extraordinary Jubilee of Mercy that has been alive now for several months throughout the world, condenses, summarizes and recapitulates in its beginning words, the mystery of the Christian faith. In Christ, the merciful Father takes on a human face to reveal, in a definite way,Read More