shrine of the south Tag 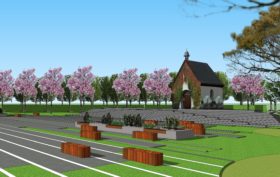 We receive your gaze, we assume your mission

PARAGUAY, Jorge Hrisuk • The “Shrine of the South”, in the Itapúa Department with its capital— Encarnación — a city founded on 25 March 1615 by Jesuit, San Roque González of Santa Cruz (the first Paraguayan saint), stopped being a dream a little more than ten years since the founding of the Movement there. — In 2006 Fr. Antonio Cosp, of the Paraguayan Schoenstatt founding generation and the National Director of the Movement at that time, extended a public invitation via social media to those who were interested in beginningRead More