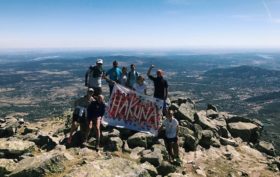 Responding to the voices of the time and to Pope Francis

SPAIN, edited with material from the archdiocese of Madrid and www.behakuna.com Last October 12th at the Vatican, Pope Francis received a gift:  the last project of Hakuna— a youth-led Movement within the Catholic Church born at 2013 World Youth Day in Brazil that has spread throughout all of Spain, accompanied by people from Opus Dei – called Hakuna Nativity Caravans: a project where Hakuna committed to accompanying refugees and immigrants during the Christmas season.— Hakuna Nativity Caravans has no other goal than accompanying those most in need.  As Pope FrancisRead More 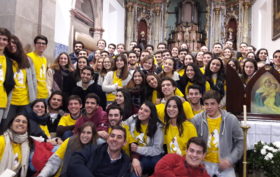 Mission Country 2017 in the Lourinhã Parish

PORTUGAL, Tereza Braga • The Lourinhã Parish joyfully welcomed the youths of  Mission Country for the third and final year; they are students of ISEG Lisboa (Superior Institute of Economy and Development). The also young, Fr. Rodrigo, from Óbidos Parish, accompanied the group of sixty missionaries. The missionaries visited several places, schools and kindergartens; they also reached many people “door to door.” On the next to last night of their stay, they had dinner at the home of the families who had registered to welcome them, and the last day endedRead More