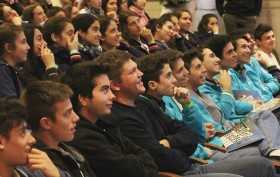 180 schools for the Nation

ARGENTINA, Guadalupe Becerra, from Fundación 180 • Fundación 180 [Foundation 180], Educate for Change presented the sixth edition of 180 schools for the nation, a motivational educational congress for 400 students in the last years of secondary school from the province of Córdoba. This congress was held on Wednesday, June 3, 2015, from 8:00 a.m. to 5:00 p.m., at 21 Century University Campus. 180 Schools for the Nation is a congress in which the youths are invited to believe in a new, improved Argentina. Its objective is to impel themRead More 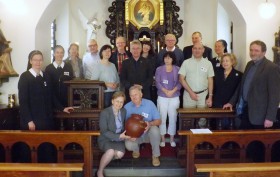 EUROPE, by Miguel Ángel Rubio, Spain • The European Forum of Families was held in Schoenstatt on May 8, 9, 10. Eight countries participated in this edition: Germany, Austria, Hungary, the Czech Republic, Switzerland (this year’s organizing country), Poland, Croatia and Spain. The Forum was held in the Family House a tradition that has been maintained since the beginning of the Forum. Italy, France, Portugal, Russia, Scotland and England were missed; these countries had participated in previous years, but this year they were not able to attend due to differentRead More