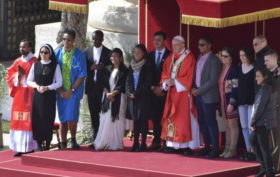 “Today’s young people are longing for an authentic Church”

TOWARDS THE SYNOD, Editors • On Saturday, 24 March the pre-Synod meeting was brought to a close with the approval of the document containing the proposals that the young people presented to the Church in light of the next Synod of Bishops. At the end of the celebration of Holy Mass on Palm Sunday, Pope Francis received the conclusive document of this week of work that ended on 24 March from a group of young people who participated in the pre-Synod meeting. As is customary, the Holy Father did notRead More 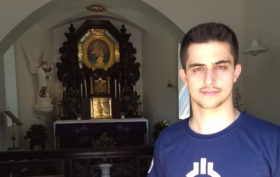 A few hours to the start of the Youth Pre-Synod

VATICAN/BRAZIL, Lucas Galhardo in an interview with Schoenstatt.org • On 19 March, the feast day of St. Joseph, Pope Francis will celebrate the fifth anniversary of his papacy. He will commemorate this day by listening to the young people at the Pre-Synod taking place from 19 to 24 March at the International Pontifical College Maria Mater Ecclesiae. Three Schoenstatters will be among the participants: Fr. Alexandre de Mello Awi, the secretary of the Dicastery for the Laity, Life and Family; Magdalena Hartmann from the Girls’ Youth in Germany as theRead More