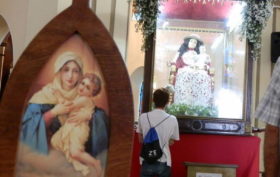 VENEZUELA, Daniel Rodriguez, interviewed by María Fischer • “Arrived” – a single word sent on WhatsApp on 23 October 2017, but it was a story of love, trust, and giving of self: on October 23, a picture of the Schoenstatt Pilgrim Mother arrived in Barquisimeto, Venezuela that a young missionary, Daniel Ramirez, age 16 eagerly awaited. A response to a great desire “Everything began on 15 September 2017,” the young man commented. “He knew about the Schoenstatt Movement for several years, but it did not interest me. On September 15,Read More 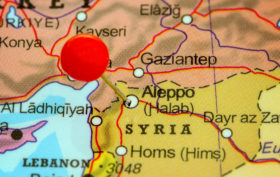 Posted On 18.12.2016In Campaign, Covenant solidarity, works of mercy

The Blessed Mother is in Syria and Iraq. She will work miracles.

ITALY, Pamela Fabiano • An update on Aleppo and Sister Maria Guadalupe’s story On our site for some months now, we have tried to keep the attention and the interest alive on the events taking place in Syria and Iraq, as much as possible. The war, as we all know, does not appear at all to be diminishing and unarmed people cannot do anything else but flee – again, where?  – or live in hardship amid the ruins of cities razed to the ground. However the media around the worldRead More