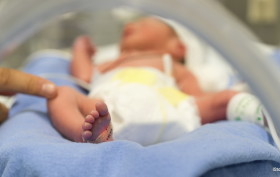 Beautiful Mary! You never cease to amaze me!

MEXICO, Mayra Delgado de Yamallel • One night they called me to take the Pilgrim Mother for babies to a couple that had not been able to have a family, but were now in the fifth month of pregnancy with triplets. The woman was experiencing premature delivery, and they were at the hospital. “Why don’t you let me glue you, Blessed Mother?” Meanwhile another couple had the Pilgrim Mother, so early that morning, I went to get her to take her to the triplets’ mother. Upon leaving, the person whoRead More 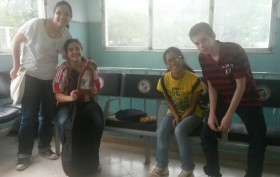 PARAGUAY, Sady Mariel Fleitas Almada • Saturday, 7 November, 2015. A new mission taking the Queen with the King of Kings in their arms at IPS Dr. Emilio Cubas’ Central Hospital of the IPS Institute of Social Welfare –at Asunción. It is the living continuation of the Rosary Campaign that João Pozzobon’s thought and lived. It is so beautiful to follow him and to do the same thing he did in hospitals! “I was sick and you visited me…” IPS’ mission is carried out on the first Saturday of theRead More