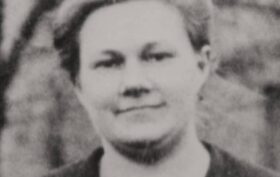 GERMANY, Maria Fischer • “Commemoration of a teacher” is the title of an article in the Saarbrücker Zeitung, which deals with the decision of the Heusweiler local council to name three streets in a new residential area. “Heusweiler local council reminds us with its decision of two old cadastral names and with “Charlotte-Holubars-Pathway” of a teacher who became victim of the Nazi dictatorship”, so the subtitle. A teacher, a Schoenstatter, a woman who did not let herself be intimidated by the Nazis and paid for it with her life, namelyRead More 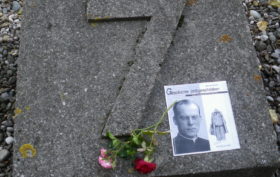 No one can bear being a slave in the long run

GERMANY, Sr. M. Elinor Grimm • On 3 September 2017, the 75th anniversary of Father Albert Eise’s death was celebrated at the Dachau concentration camp memorial as well as in his hometown of Oeffingen. Unfortunately there is no report about the celebration in Oeffingen. The motto was: “Nobody can bear being a slave in the long run” – a statement from Father Albert Eise, who then put this sentence before it: “How beautiful it is to be allowed to think.” Konrad E. Pflug, born in Oeffing in 1946, has beenRead More