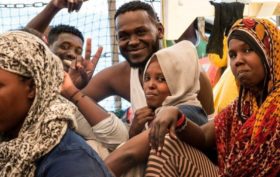 Posted On 22.04.2019In Church - Francis - Movements, Covenant solidarity with Francis

GERMANY, editorial team • Currently, Europe is mainly concerned with Brexit. Are the British going, when are they going, how will they go…? And one wonders how it is possible that the European idea, that idea of a united and free Europe, has lost its brightness to such an extent that it has been reduced to a purely economic interest. Meanwhile, thousands of migrants and refugees are dying in the Mediterranean. Cardinal Marx, the President of the German Bishops Conference, made a clear statement last weekend at the presentation ofRead More