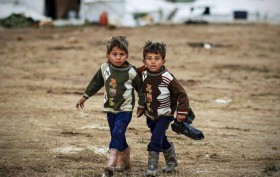 Pope Francis calls for an end to violence in Iraq, Syria, Palestine and Israel

SYNOD OF BISHOPS • Francis today (9 October) urged the Synod participants gathered in the Vatican to pray for reconciliation and peace in the Middle East and also in Africa, and called on the international community to help resolve the conflicts in the region. “In resuming this morning the work of the General Congregation, I invite you to dedicate the prayer of the Third Hour to the intention of reconciliation and peace in the Middle East. We are painfully struck and we follow with great concern what is happening inRead More