GERMANY, Sister M. Elinor Grimm / Maria Fischer • “Dachau – the significance of this name cannot be erased from German history. It stands for all the concentration camps that the National Socialists built in their area of control,” said the publicist Eugen Kogon, who himself was imprisoned for several years in the Buchenwald concentration camp. Dachau cannot be erased from Schoenstatt’s history either, as Fr. Joseph Kentenich and several Schoenstatt priests were imprisoned there. Visits to the Dachau Memorial are hard and necessary in order not to idyllize orRead More 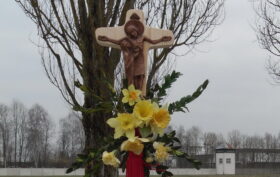 Posted On 19.04.2020In Covenant Solidarity in Times of Coronavirus, Kentenich

JOSEPH KENTENICH, Sr. M. Elinor Grimm/mf • So many things that had been planned and prepared with love and dedication are cancelled during these weeks. Sporting events, concerts, congresses, fairs, anniversaries, travel. Processions and stations of the cross, dozens of missions for hundreds of youth, 500 years of the first Holy Mass in Argentina. And also the celebration of 75 years of the release of Father Kentenich from the Dachau concentration camp. We stay at home because we take care of each other, and relieve doctors, nurses, and all thoseRead More