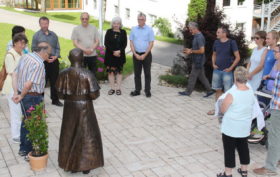 International Conference of the Academy for Family Pedagogy

GERMANY, from Martin Schiffl • The communications lecturers of the Academy for Family Pedagogy met last weekend in Memholz. This was the summer meeting, which has meanwhile become a tradition, and has been taking place for fifteen years. What began as a small group with representatives from Germany and Austria has grown to become an international meeting with communications lecturers from Lithuania, the Czech Republic, Croatia, Spain, Hungary, Brazil, Germany, Switzerland and Austria. Although it was not possible for everyone to be there, it was nevertheless a large, multi-language groupRead More 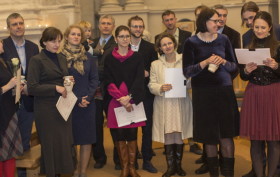 LITHUANIA, Hilde and Herbert Fellhofer • At the end of January, eight couples began participating in the third course of the Kentenich Academy for Family Pedagogy. The Academy for Family Pedagogy was introduced in Lithuania in 2009, during a family camp; the rest is the work of the Blessed Mother and the Holy Spirit. Eva and Erich Berger began the first course in 2010, with several couples from Austria as speakers. The course ended in 2012 with ten couples from Lithuania. The second course – Lithuanian families developed 90% ofRead More