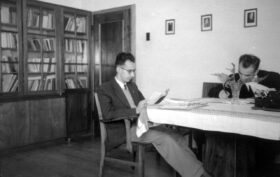 Harald M. Knes, Institute of the Schoenstatt Brothers of Mary  • Since February 21, 2020, it is official from the Church: Mario Hiriart Pulido lived a life in which, with the help of God’s grace, he lived Christian virtues in an outstanding way. I would like to highlight four aspects of his life. — Christian spirituality in a church critical environment Father Joseph Kentenich saw the Church heading towards a time of profound change and renewal. The Founder wanted to help the members of the Schoenstatt Movement and all ChristiansRead More 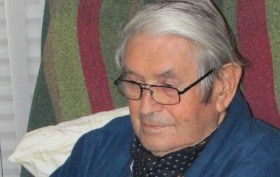 CHILE, by Juan Enrique Coeymans Hernán Krause died on Tuesday, 12 January; he was one of those who supported founding the Schoenstatt Movement in Chile, Argentina, Paraguay, Bolivia, and Ecuador. He was one of those who took the mission of the 31st of May most seriously. He belonged to the first group Fr. Ernesto Durán advised in 1950. His ideal was to be fire: “Sicut Luminis sui claritatem infundet” [Like the light that spreads its shine], also called the Knights of Fire, a group in which almost all of themRead More