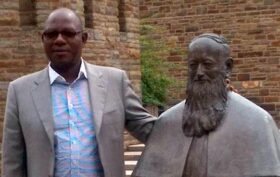 CHAD, editors • On February 23rd, Pére Nicolas Nadji Bab, a member of the Schoenstatt Federation of Priests in Chad, was ordained as bishop. For the past few months – since the appointment of his predecessor Miguel Ángel Sebastián Martínez (MCCJ) as Bishop of Sarh, Chad – he has been the diocesan administrator of the diocese of Laï, for which he was appointed by Pope Francis in mid-December. For the Schoenstatt Federation of Priests, it is a joy, honor, and obligation that one of its members was chosen for thisRead More