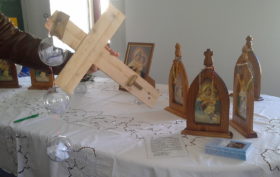 As missionaries, we dream of taking Mary to everyone!

PORTUGAL, María del Carmen and José Carlos Cravo • During this Marian year when we are celebrating the 100th year of the Fatima apparitions, an eight-month itinerary (March to October) to accompany the visit of the Pilgrim Mother was proposed to me: a monthly meditation and a resolution that is a missionary gesture to take her to everyone. At the same time, we will symbolically build a rosary with our life, answering the Blessed Mother’s call, “I want (…) you to continue praying the Rosary daily in honor of OurRead More 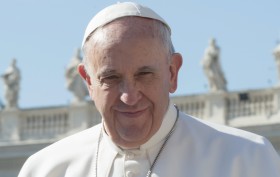 Posted On 19.01.2016In Covenant solidarity with Francis, Francis - Message

As if spoken to us: Francis on education

Francis week by week (1) • In this week’s “as if spoken to us” message we draw from the video message sent to the participants of the 24th Inter-American Congress on Catholic Education in Brazil that took place in Sao Paulo from 13 to 15 January. This week we read, we listen to the message given to the teachers of Brazil as if it were directed to us, to a Movement that often defines itself on its pedagogy, from its vocation for education, and especially to a Movement that hasRead More