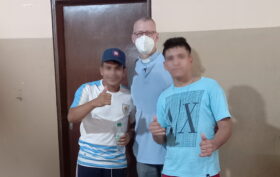 A New Year of new Opportunities?

PARAGUAY, Roberto M. González • Almost 15 days away from the beginning of this new year, I can take the time to analyze an idea that I have had in my head since December 31 of last year. — On December 31 I was able to go again to the juvenile prison of Itauguá to share with them a New Year’s Eve dinner. This time was a little more familiar to me, because I met the director of the prison and one of the prison officials, whom I had alreadyRead More 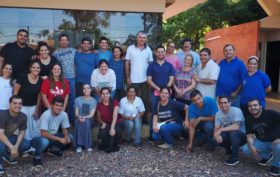 Another Saturday of Prison Ministry

PARAGUAY, Cristy Santa Cruz • Another Saturday of prison ministry. Each Saturday is unlike another, but for me, this Saturday was particularly strange. We were told there were two jailbreaks during the week on different days. Everyone who visits each Saturday knows what that means: many missing faces, many transfers, and many changes. — It was impossible for us not to feel like we were left hanging— worried about who will not show up, who is there, who left. The care we give all the boys is immense; it doesn’tRead More