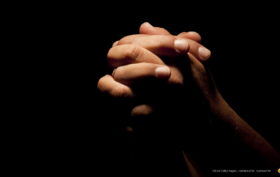 Posted On 17.02.2017In Covenant solidarity with Francis, Francis - Initiatives and Gestures

Let us pray with the Pope, with the hand on the pulse of time: for unborn babies at risk and people at the end of their lives

POPE FRANCIS’ INTENTIONS, Maria Fischer – editorial staff schoenstatt.org • The wait. After the first Angelus for February, Pope Francis announced his prayer intention, the current, last minute intention, or as we say in Schoenstatt: the intention with his hand on the pulse of time. In Bamberg, Germany and Tucumán, Argentina, and the schoenstatt.org team who was especially waiting because they share the commitment to make the Pope’s initiative their own. Not only with prayer, but also with contributions to the Capital of Grace. February began with the encounter betweenRead More