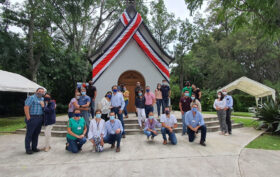 COSTA RICA, Monica Orlich • This year, like so many things in our lives, the annual Family Branch retreat had to be transformed. It left behind the usual weekend in a retreat house and found a new temporary home in the virtual world, with only ten couples attending in person at the Movement House, but over 50 connected through Zoom. — As in all challenges there are also great opportunities: the retreat could reach more couples and transcend borders. Of the virtual participants, many belong to the different communities ofRead More 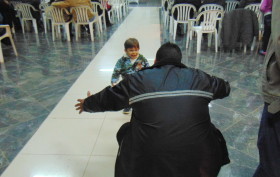 Warmth of a home: Starting the Family League in San Lorenzo diocese

PARAGUAY, by Johana y Horacio Chávez • The initiation retreat day for the Family League in San Lorenzo took place on Friday 20 May. From very early in the morning, the coordinators and active married couples prepared for the meeting, with a beautiful and welcoming display to receive the new couples that the Blessed Mother has called. The programme followed the structure for these retreats that have been held in various places.  At the start of the talk, there was a short comedy that is already a tradition at theRead More