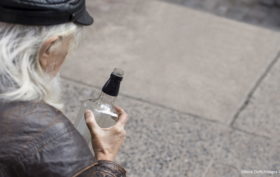 FRANCIS IN ROME – YEAR OF MERCY • The Wednesday after the canonisation of seven new saints on 19 October, Pope Francis began a new cycle of catequesis, focusing on what for him is the human-instrumental nucleus of the process of mercy: works of mercy, the “nothing without us,” to use our covenant language. He began this cycle with the work of feeding the hungry, highlighting the personal moment, the difference between giving something during a solidarity campaign (as important as this is) and do so in the first person,Read More 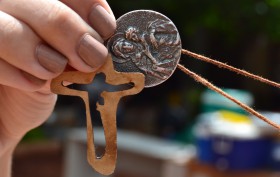 Works of mercy are at the centre of our faith – and our schoenstatt.org in this Year of Mercy

Editorial • “Finally Marciana was seen. The municipality intervened. The Blessed Mother blesses her,” Rafael Vera from the Youth Ministry of the Pilgrim Mother Campaign in Paraguay relates with emotion. But long before she received medical attention, this old, blind, sick woman who lived in abject poverty and complete abandonment, received a visit from one of the young people who brought her clothes, food, the Pilgrim Mother for the blind and her presence, their songs, their love, their time. A work of mercy, making it visible and tangible in theRead More