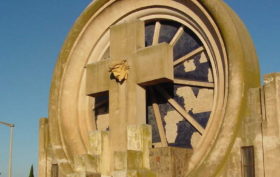 ARGENTINA, Fr. Esteban Casquero • The Schoenstatt University Mission “Kairos Patris 2018” was carried out 21-28 January in Saldungaray, a small town within the Coarca de Sierra de la Ventana region in the Archdiocese of Bahía Blanca. — Three years ago, we began the re-founding of the Boys’ Youth and the Girls’ Youth in the Cathedral of Bahía Blanca. Slowly youths joined that wanted to give their hearts to the Blessed Mother in the Covenant of Love. During the week, the youths met in the Cathedral’s halls, and they hadRead More 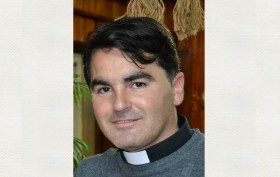 Today, Fr. Esteban Casquero answers: He belongs to the Schoenstatt Secular Institute of Priests. He carries out his pastoral work in the southern zone of the Province of Buenos Aires – Argentina (Coronel Dorrego and Monte Hermoso with its adjacent towns). He has belonged to Schoenstatt since his youth; he was a member of the Boys’ Youth. From there, he began his Covenant Road in the heart of the Shrine of the New Shores in Mar del Plata. “I have lived beautiful times in the Schoenstatt life and that ofRead More