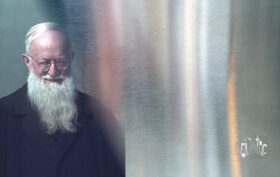 Fr. Diogo Barata on behalf of the Schoenstatt Fathers of Spain | Letter to the Schoenstatt Movement of Spain • The Schoenstatt Fathers from Spain want to share with you a first reflection on the news that have appeared in the last few hours. It is an investigation of recently declassified historical files that have brought to light accusations of alleged abuses by our founder. Father Joseph Kentenich – as we all know him – was removed from his work as a result of an apostolic visitation in the earlyRead More