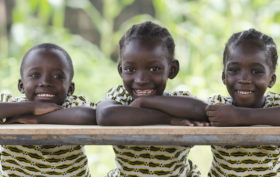 Posted On 07.05.2017In Covenant solidarity with Francis

SOUTH AFRICA, Sarah-Leah Pimentel • “That Christians in Africa, in imitation of the Merciful Jesus, may give prophetic witness to reconciliation, justice, and peace” – this is the Holy Father`s universal prayer intention for the month of May 2017. In the monthly video spread and developed by the Pope’s Worldwide Prayer Network (Apostleship of Prayer), he says: “When we look at Africa, we see much more than its great natural richness. We see its joie de vivre, and above all, we see grounds for hope in Africa’s rich intellectual, culturalRead More