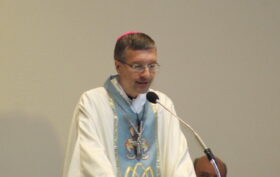 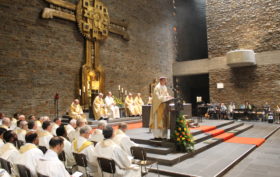 How do I become aware of where the Holy Spirit opens a person’s soul?

HOERDE – WHAT NOW? Maria Fischer • After the celebration of the covenant of love at the Original Shrine, and shortly after 10 p.m. on 18 August 2019, while the fire in which the many slips of paper with contributions to the capital of grace was still burning, I saw Dr Michael Gerber, Bishop of Fulda, standing a little distance away. I greeted him and thanked him for his sermon a few hours before during the Mass when everyone was sent out from the International Conference. So many passages remindedRead More