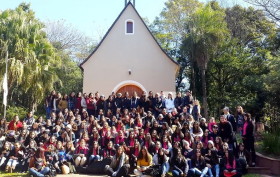 PARAGUAY, by Johana and Horacio Chávez Tottil • It was a chilly morning in Tupãrenda, but it was sunny. From the beginning of Holy Mass in Most Holy Trinity Church, the warmth of the youths’ was evident with the Girls’ Youth flags during the procession and they were present during the liturgy, because this Holy Mass was a “conquest” of the Girls’ Youth from the Dioceses of San Lorenzo and Caácupé. The women who followed Jesus Fr. Pedro Kühlcke, the Girls’ Youth adviser, celebrated this Mass and in the homily,Read More 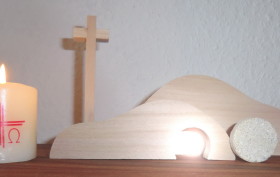 by Maria Fischer, Editorial team • First, the report: Pope Francis had sleeping bags and small gifts distributed to the homeless in Rome during the Stations of the Cross on Good Friday. The Vatican almoner, Archbishop Konrad Krajewski, went through the streets along with volunteers and homeless people distributing the packages among those who were sleeping in the street. This work was carried out in “spiritual unity” with the Stations of the Cross that were being simultaneously held at the Coliseum, where Francis and tens of thousands faithful remembered Christ’sRead More