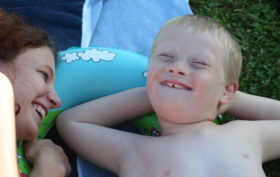 Interview with Manuela Baumgartner, winner of the “2016 Prize of Austria’s Religious Communities” award. She is paediatric consultant for children and adolescents, and member of the international leadership of the Schoenstatt Family Federation • It almost got lost in the Christmas rush, yet this news is really Christmassy. For the third time the Austrian communities for men and women religious have awarded the “Prize of Austria’s Religious Communities” for “achievements at the interface between religious communities and society”. During the Day for religious communities in the Cardinal Koenig House inRead More 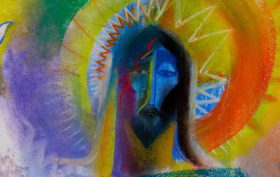 Mercy Project: an initiative inspired by this Jubilee

BOLIVIA, Fabián Aguirre • During this Holy Year, music, mercy, art, disability, talent and solidarity united in a project that a missionary of the Pilgrim Mother in Bolivia was encouraged to launch in favor of children with disabilities from a small center of El Alton, where people with serious physical, cognitive, sensory, and psychosocial difficulties are attended. How did the project emerge? In Bolivia, from the beginning of this Holy Year, people with disabilities carried out repeated complaints to receive more economic help from government authorities. To demonstrate their needsRead More